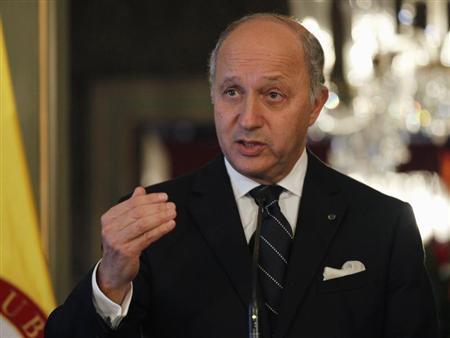 “The goal is ambitious, but I’m confident. We are all aware of the challenge and resolutely focus on seeking essential solutions,” Xinhua quoted Fabius as saying.

Fabius said in a press release that the first informal ministerial consultations on climate “have made a progress towards the adoption of an ambitious climate agreement in Paris” in December by strengthening “the political momentum on key issues of the future agreement”.

Hailing it as a “constructive meeting”, Fabius said the 40 delegations taking part in the preparatory talks discussed “several sensitive issues”, such as ways to forge a global plan to reduce greenhouse emissions and limiting differences between countries in the battle against climate change.

“Each country has reiterated its commitment to doing its utmost to… build a new legally binding global agreement to remain below 1.5 or 2 degrees Celsius, enhance adaptive capacity and mobilise the resources of implementation (finance, technology, capacity building) that will help achieve these goals,” the French minister said.

20 arrested amid protests at Trump rally in California