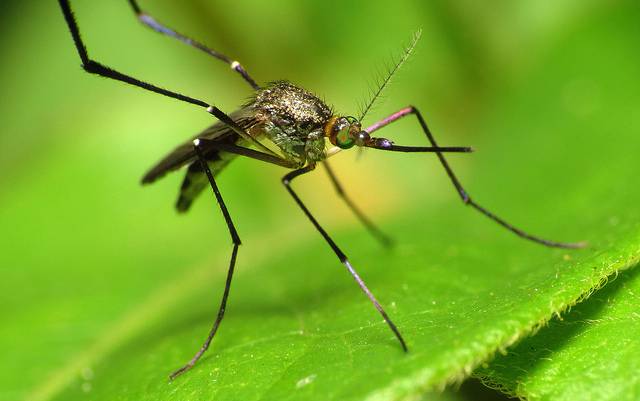 New York, Aug 17 (IANS) A team of US researchers has identified compounds in traditional sweetgrass that keep mosquitoes at bay. A meadow grass, sweetgrass gives off a sweet aroma that repels the insects.

Native north Americans have long adorned themselves and their homes with fragrant sweetgrass (Hierochloe odorata), a native plant used in traditional medicine, to repel biting insects and mosquitoes in particular.

“We found that in our search for new insect repellents, folk remedies have provided good leads,” said lead researcher Charles Cantrell from the US Department of Agriculture.

Cantrell’s team, in collaboration with researchers at the University of Guelph and the University of Mississippi, performed steam distillation on sweetgrass samples and evaluated its oil for the ability to deter mosquitoes from biting.

To test the mosquitoes’ aversion to the oil, the researchers filled small vials with a red-coloured feeding solution that mimicked human blood and covered the vials with a thin membrane.

Then they coated the membranes with different substances: the sweetgrass oil, alternative sweetgrass extracts obtained without steam distillation, the gold-standard insect repellent called DEFT or the ethanol solvent control.

The team found that of the sweetgrass extracts, the steam-distilled oil got the fewest mosquito bites matching the repellent potency of DEET.

The next step was to figure out the exact chemicals that give the sweetgrass oil its anti-mosquito power.

“We identified two chemicals in these active fractions that seemed to be responsible for putting off mosquitoes: phytol and coumarin,” Cantrell added.

Coumarin is an ingredient in some commercial anti-mosquito products while phytol is reported to have repelling activity in scientific literature.

“We were able to find constituents that are known to act as insect repellents in a folk remedy, and now we understand that there’s a real scientific basis to this folklore,” he concluded.

The team will describe their approach at the national meeting and exposition of the American Chemical Society (ACS) this week.