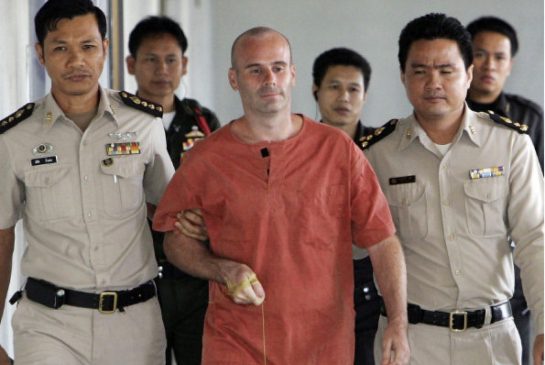 New Westminster: A British Columbia man who disguised his face with a swirl in images showing him sexually abusing young boys manufactured child pornography for online distribution, a court has heard.

Christopher Neil, 41, should be sentenced to five years for child-sex crimes including the offences that catapulted him to notoriety with the nickname “Swirl Face,” the Crown told a B.C. Supreme Court on Thursday.

Neil “conceded” to a psychiatrist during a pre-risk assessment that he produced some photographs for online purposes, explaining he thought there was a lack of such material at the time, said Crown lawyer Brendan McCabe.

“I guess he would have thought there wasn’t enough child pornography involving young Asian males, and by young I mean prepubescent,” McCabe said. “So he took it upon himself to fill that void and place images on the Internet.”

But even if a B.C. Supreme Court judge agrees with the Crown’s sentencing request, Neil would only serve about 10 months after time he has already spent awaiting trial.

The Crown also requested that he be banned from the Internet for life and serve three years’ probation. The judge was asked to ban Neil from visiting places such as parks and community centres, and to impose travel restrictions.

Neil’s lawyer was expected to present sentencing submissions later in the hearing.

Neil was arrested on 10 new charges in March 2014, and has been in custody ever since.

By Tamsyn Burgmann | The Canadian Press

ICBC continues to step up fight against insurance fraud