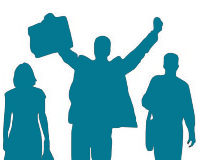 New York:Employees show more creativity in their work when they find their boss to be humble — leaders who give employees a chance to speak up and have a voice in the decision-making process and who also acknowledge their own limitations, suggests new research.

Humble leaders are most effective when team members expect a low degree of distance between the leaders and followers, said lead researcher Jia (Jasmine) Hu, Associate Professor at The Ohio State University’s Fisher College of Business in the US.

For the study, published online in the Journal of Applied Psychology, the researchers collected data on work teams and team leaders from 11 information and technology companies in a major city in northern China at three time points over six months.

In all, the final study sample included 354 members from 72 teams.

At the beginning of the study, team members rated their leaders’ humility on a six-item scale.

Workers rated how much they agreed with statements like “Our team leader is open to the advice of others.”

Three months later, team members rated how much they shared information with each other.

And six months after the start of the study, team leaders rated how creative their teams were.

Results showed that humble leaders promoted higher levels of creativity on their teams when team members expected them to be humble.

But humility may be seen as a weakness when employees expect their boss to be dominant, take charge and give strong direction, Hu said.

“One practical implication for managers is that they need to understand what their team members expect and value from them,” she added.