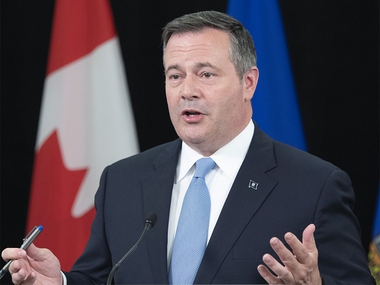 COVID-19 cases disrupted the reopening of two Alberta schools on Tuesday, but Premier Jason Kenney said his government has accepted that such infections are inevitable and don’t warrant closing down all classrooms.
“We’ve always said that there will be infections in the schools,’’ he said.
“It’s inevitable given the reality of the viral spread and that’s why we’ve put in place a number of protocols based on the scientific advice of our chief medical officer of health in consultation with superintendents and school boards.
“We believe it’s a strong plan and we’ll make future adjustments as necessary. We’re all learning through this as we go.’’
Meadows Ridge School in Okotoks, south of Calgary, did not open as planned after a staff member was diagnosed with COVID-19.
Principal Rebecca Forchuk and Foothills School Division Supt. Chris Fuzessy wrote in a letter Monday that the staff member was last in the school at noon on Friday and that symptoms began that evening. Officials learned of the positive test result at 6 p.m. Monday.
“While Alberta Health Services has indicated the school is safe to remain open, due to the late hour and to allow public health time to complete their contact tracing, we are delaying the start of school for some Meadow Ridge families,’’ they wrote.
Contact tracing was complete by 10:30 p.m., said school division spokeswoman Candace Denison.
The school said it would inform parents whose children were to start classes Tuesday of their new staggered entry dates once available.
Canyon Meadows School in Calgary opened as planned, but the principal, assistant principal and administrative secretary were forced into a 14-day quarantine after someone at the school tested positive for the novel coronavirus.
In a letter to parents, principal Bobbie Schmidt said it’s believed exposure happened a week ago and that a retired, experienced principal would be on site while the others isolate.
Alberta chief medical officer Dr. Deena Hinshaw said Monday that she was notified over the weekend of a “small number’’ of schools with COVID-19 cases or exposures in staff, but she did not elaborate.
The Peace River School Division, northwest of Edmonton, posted a notice on its website saying it was delaying the start of its school year until after Labour Day to give teachers more time to get used to safety protocols, plan for at-home learning and to ensure there are enough caretakers and supplies in schools.

By Lauren Krugel
The Canadian Press 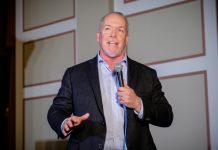