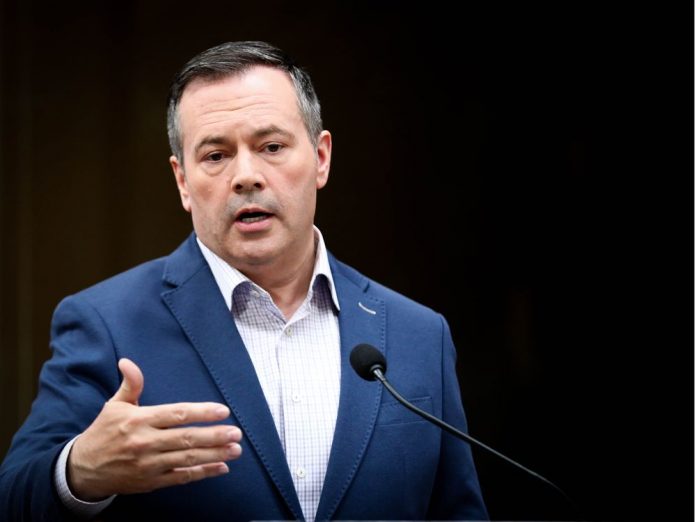 Edmonton: Health experts say it makes sense for Alberta to take the next step in reopening its economy, but warn there will be an uptick in COVID-19 cases due to an inability to physically distance in some situations.
Premier Jason Kenney announced Tuesday that everything from casinos, gyms and arenas to spas, movie theatres and pools will be allowed to reopen starting Friday.
More people will be allowed to book campsites and sit in restaurants at the same time.
Fifty people will be allowed to gather indoors and up to 100 will be able to congregate outside.
Experts both within and outside Alberta said the province’s COVID-19 numbers support moving forward and lifting restrictions.
“The most impressive number to me is that we’ve been doing about 4,000 tests a day and about a half a per cent are positive this is an incredibly low number,” said Dr. Christopher Mody, who’s the head of microbiology, immunology and infectious disease with the Cumming School of Medicine at the University of Calgary.
“I don’t know anywhere else in the world where … they are getting that kind of number.”
Alberta has said it is among the world leaders in per-capita testing. To find and reduce future outbreaks, people can now be tested for COVID-19 even if they are asymptomatic.
Dr. Colin Furness, an epidemiologist and assistant professor in the faculty of information and the Dalla Lana School of Public Health at the University of Toronto, said testing is part of Alberta’s narrative.
Furness said he initially felt anxiety when he saw how much Alberta was planning to open Friday. “It was eye popping.”
But then he looked at how few new cases the province is reporting each day.
“It’s way ahead of everybody on a per capita basis and staying out in front,” he said.
Alberta reported 47 new cases Wednesday, bringing its number of active cases to 371. Of those, 42 people are in hospital including six in intensive care. So far 151 people have died.
Furness said he questions whether the province will be able to scale up its testing even more to deal with the fact it will get more cases.
“You are plowing ahead with major increases in physical contact between people that’s obviously quite purposeful,” he said. “I’m not going to say it’s bad … but you really want to brace for an uptick in cases.
“You will be successful if you are able to come down like a bag of hammers every time there’s a new case, doing the contact tracing and testing really aggressively.”
Dr. Stephanie Smith, an infectious disease expert at the University of Alberta, agreed it makes sense for the province to move forward but admitted she’s a bit anxious about how it will play out.
“It’s confusing,” she said. “They’re saying you can open up and there’s no restrictions on restaurants but you need to maintain physical distancing. It’s hard to actually do both of those.
“Rightly or wrongly, my anticipation is that a lot of the physical distancing will disappear.”
Smith said she expects to see more cases, but hopes it doesn’t result in higher admissions to hospitals and intensive care units.
“I think we can probably weather it.”
All three experts said large gatherings with strangers including in restaurants, places of worship and casinos are the biggest risk.
They suggested people wear masks indoors where physical distancing isn’t as easy.
“Everyone needs to look at how much risk they are willing to take, really,” said Smith. “Restaurants are open, but does that mean you should necessarily go? If you are in a higher-risk category … then it might not be the safest thing to do.
“There’s still risk out there.”

By Colette Derworiz
The Canadian Press