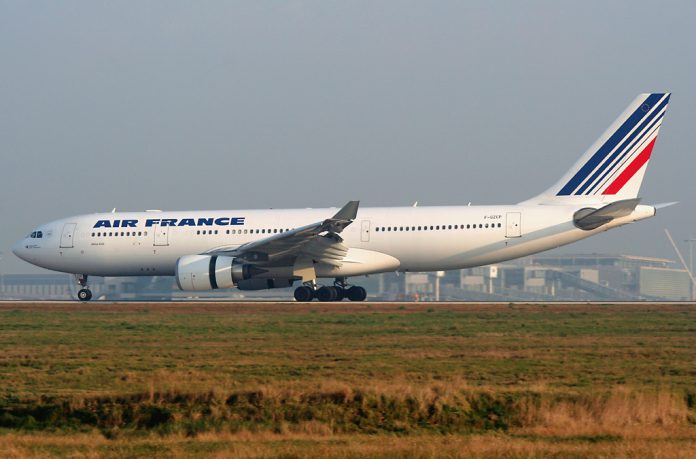 Paris, Dec 21 (IANS) A couple was arrested on Monday over a fake bomb scare that forced an Air France flight to conduct an emergency landing while enroute from Mauritius to Paris.

A man and his wife were arrested earlier in the day while arriving at Charles de Gaulle airport in the French capital over charges of false explosive device, Xinhua news agency reported.

The man, a retired policeman, was placed in custody while his wife was released.

The Air France flight en route to Paris from Mauritius diverted to Mombasa because of a suspicious device found by a passenger in the toilet on Sunday night.

The Boeing 777 landed in the Kenyan port city where 459 passengers and 14 crew members were evacuated.

Air France also filed a suit against the man for “obstructing air traffic and endangering the lives of others,” and reaffirmed that its absolute priority is to ensure the security of its passengers and staff.

According to sources, the fake bomb was made out of cardboard and paper and contained a timer.