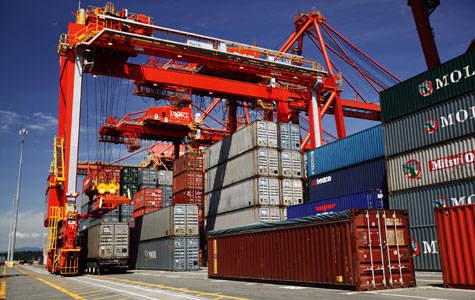 “Corinn Bell and Vince Ready were instrumental in producing the report that informed the Container Trucking Act and its regulations,” said Stone. “Both have the experience to ensure fairness and growth at the port, which plays a vital role in a strong British Columbian and Canadian economy.”

Bell and Ready worked closely with the industry, labour, truckers, the Province, the Government of Canada and Port Metro Vancouver, to improve wages and working conditions for truckers. After 10 months of consultation with this group, they produced a report recommending a commissioner be put in place to oversee the sector. Bell and Ready now will support the office’s mandate to ensure long term stability in the sector by:

The Office of the Container Trucking Commissioner will also bring in labour law and labour relations expert Elena Miller, who is currently legal counsel and adjudicator for the Labour Relations Board and the Employment Standards Tribunal, to support the office’s work. She will provide the commissioner and deputy commissioner with her administrative and legal expertise to enforce the act.

“The operation of the Office of the Container Trucking Commissioner is vital to the long-term stability of an industry that supports hundreds of workers and their families,” said Stone. “Ms. Bell and Mr. Ready’s familiarity with the sector, the major players, and with the March 2014 Joint Action Plan means they have the background and experience to continue the work of the office while government secures a long-term replacement.”

Upon former commissioner Andy Smith’s resignation, the government provided advice and support to the Container Trucking Commissioner’s office so it could continue to uphold and enforce the legislation. Now that an acting commissioner and deputy are in place, the office has the leadership in place to fully enforce the act.

The Container Trucking Commissioner is one of government’s commitments under the March 2014 Joint Action Plan.

The Province enacted the Container Trucking Act in December 2014 to provide fair wages and working conditions for truckers and to ensure efficient operation and global competitiveness of Port Metro Vancouver, which is critical to a robust provincial and national economy.