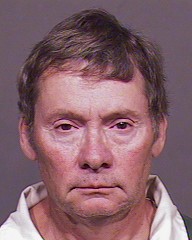 Coquitlam: Coquitlam RCMP is looking to identify potential victims and witnesses after a Coquitlam resident and coach in youth sports across Metro Vancouver was charged with child pornography offences.

The Coquitlam RCMP Sex Crimes Unit initiated an investigation into these alleged offences by Downes after receiving information from the BC Integrated Child Exploitation Unit on March 31st, 2016.

On April 27th, 2016, investigators executed a search warrant on a private residence and seized digital evidence which contained images of children that meet the criteria for voyeurism and child pornography as set out in the Criminal Code.

There is no evidence to suggest that Downes had any sexual contact with these children.
At this point in the investigation, Coquitlam RCMP is releasing a photo of Randy Downes and asking the public for help and information which may further the investigation by identifying potential victims and witnesses.

This can be achieved by emailing the investigators at coquitlam_sex_crimes@rcmp-grc.gc.ca or by calling the Coquitlam RCMP at 604-945-1550 and quoting police file number 2016-9938.
If you wish to remain anonymous, please contact Crime Stoppers:

As pension debate rages, one question persists: are we saving enough,...