Marvin Hunt is currently approaching the midway point of his first term as the MLA for Surrey Panorama.  He sat down with Asian Journal’s Ray Hudson to talk about concerns and issues in the riding, starting with a question about the state of the local economy.

Hunt: In a relative sense it’s doing great. Construction continues to be moving along because people continue to move to Surrey, so the whole construction side of things continues to chug along. Not only are we having kids, we’re attracting people from the rest of Canada and we’re attracting them from the world, so the population continues to grow, people continue to move in, and they need accommodation. Also, along with a growth in the population, new businesses continue to be formed. The Conference Board of Canada is saying that BC is going to lead the provinces in economic growth and I attribute that to the infrastructure we have put in for businesses such as low taxes, cutting red tape and those types of stimulus things.

When you look at government, people say we should be doing something grand. We should be raising the minimum wage and that sort of thing. But hold on a second, what’s far better than raising welfare rates and so on, is to set the climate for business to be able to work well because ultimately a job, good solid full time employment, is the best social services measure that a family can have.

Hudson: That’s fine, but we still need the social safety nets, and I raise that because it won’t be long before BC will be the province with the lowest minimum wage in the country.

Hunt: The first challenge is that we have a system that makes a big deal out of minimum wage.  That somehow it’s a great social engine environment.  But by the same token we have inflation and all the rest of those things that are naturally there. We’re looking for a way to avoid these occasional uplifts and catch-ups, to make it a process that moves along with the real world. And the reality is that in a province the size of BC, there really aren’t that many people who make minimum wage.  Most people are above minimum wage and therefore it’s something that should be done on a regular, incremental basis. The answer is yes, we are working on it, but trying to do that in a different way so that it doesn’t become a big political thing, rather something that moves automatically over the process of time.

Hudson: What do people bring to your office in terms of issues and requests?

Hunt: First, we have the people who phone the office, and can speak to one of my two assistants, one of whom is a Punjabi speaker. Often those inquiries involve Worksafe BC issues. We get lost of calls about immigration issues, which aren’t in our jurisdiction, but we will help them get to the right sources to deal with their problem. The second group are people who come to see me because they aren’t happy about something that’s happened in the system, they’ve reached a bureaucratic brick wall and are coming to see if I can help them find away around it. The other folks I see are those who are wanting to lobby me for something.

Hudson: We’re just around the halfway point to the next election, and I’d like to know what’s on the top of your to do list, things you’d like to see done or accomplished?

Hunt: At the government level, I’m chairing the committee concerned with the reappointment of the Merit Commissioner, Fiona Spencer. Most people don’t have a clue who the Merit Commissioner is and what the role is about, but it’s an important part of the public service union contract and involves auditing hiring decisions, if people question the merit of certain decisions.  The committee’s role is to talk with both the BCGEU and the management side to assess how well the office she has been running. The union has been saying they don’t have a problem because the office has been fair, that she does a great job and they’re happy with her. This is an example of something that goes on well behind the scenes, yet is very important in the smooth running of government.

In my riding, the issue I would like to see resolved concerns the bailey bridge on King George Highway, across the Nicomekl River.  It’s been a bottleneck for years but now  Surrey is four-laning King George Highway right up to the traffic light at Crescent road.  The rest of it across the river is provincial jurisdiction, so the question I get is, when are we going to get that bridge done? As the MLA, I would like to be able to cut the ribbon on and say, we got it done. But again, we have to look at the finances and it has to be ranked against all the other bottlenecks in the province, and yet that bottleneck is part of what causes the problem at the 32nd avenue and 152nd Street interchange. So this is an example of some of the relatively small issues, on a provincial scale, that occur in ridings like mine, but are irritants to people that have to deal with them every day.

An example of something achieved is concerning the water-based turf fields at Tamanawis Park for field hockey.  It’s a municipal jurisdiction but they could always do with more money from the province, so we were able to be part of putting the field house in. Now we’re talking about a third field there. Those are examples of dealing with the small (in provincial terms) but very important issues in a riding. 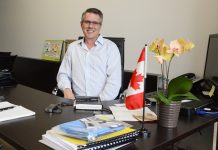 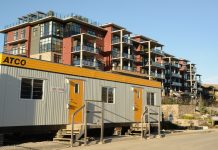 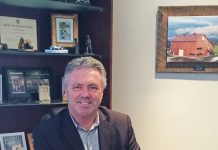 Constituency Concerns: Delta South – “We Are Going to See...