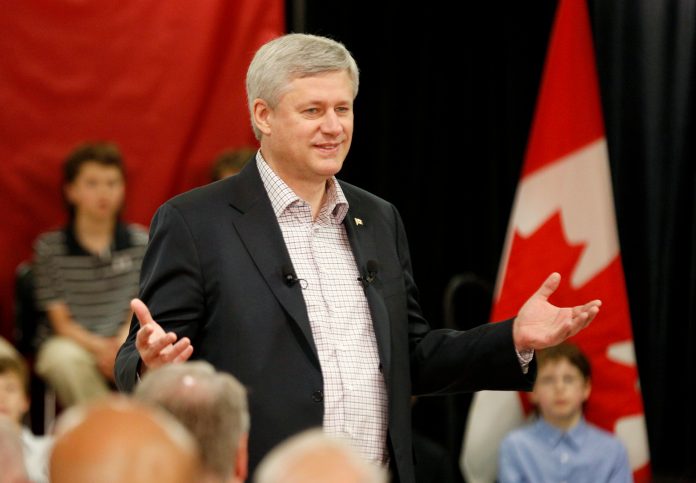 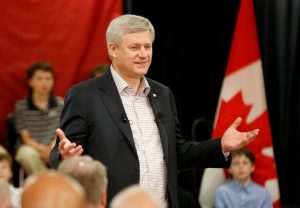 OTTAWA: The Conservatives are keeping their grip on the pre-election steering wheel, agreeing to a third national debate, one to be held on Stephen Harper’s home turf in Calgary and focused on the economy.

The party announced Wednesday that it has accepted a proposal for a third federal election debate sponsored by the Globe and Mail and Google Canada.

“We look forward to this opportunity for voters to compare our plans to keep the Canadian economy strong to the tax-and-spend plans of the opposition,” spokesman Kory Teneycke said in a statement.

Teneycke has said Harper will participate in a total of five debates and has already given the nod to one in August hosted by Maclean’s magazine and another by the French language network TVA.

The Conservatives shook up the debate scenario by walking away from negotiations with the consortium of major TV networks that traditionally broadcast the face offs.

They have emphasized that they would like to participate in debates on different media, since Canadians are consuming current affairs on different platforms.

There are also strategic considerations for the Conservatives, who are focused on highlighting the differences between their longtime leader and a Liberal Leader Justin Trudeau, a relative newcomer.

A debate on the economy would theoretically favour Harper, who campaigned successfully in 2011 on the message that voters needed to stick with his stable government rather than try something new.

“They want more opportunities for Trudeau to ‘shine’ in formats he might not be as rehearsed for,” former Harper communications director Andrew MacDougall posted to Twitter Wednesday.

“Adding to number of debates also deadens impact of any one debate/slip up.”

So far, the New Democrats have said they are anxious for Leader Tom Mulcair to debate Harper no matter the venue. They have agreed in principle to the TVA and Maclean’s debates and have not said no to the consortium.

The Liberals have yet to confirm their debate plans, but along with the Greens they have defended the consortium format as the best way to reach the maximum audience _ 14 million viewers in 2011.

The consortium is made up of CBC/Radio-Canada, Global and CTV.

What recession? Joe Oliver says Canada was not in downturn earlier...