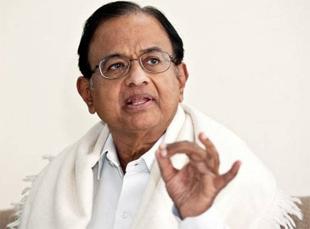 New Delhi: Former Finance Minister P. Chidambaram on Friday said Congress is “vindicated” by reduction change in GST rates, and said that it was done because of the Gujarat elections.

In a series of tweets after Finance Minister Arun Jaitley announced that the GST Council has decided to slash tax slabs for 178 items from 28 per cent to 18 per cent, Chidambaram said that the rate has been “capped” at 18 per cent.

The Congress had demanded a cap of 18 per cent for all taxes under the Goods and Services Tax regime.

“Thank you Gujarat. Your elections did what Parliament and common sense could not do,” he said.A

Chidambaram added that the next goal for Congress is to push for one rate.

“Congress party’s next goal will be to push for one rate: RNR (Revenue Neutral Rate) with an RNR plus and an RNR minus,” he said.

In a major revamp of the GST tax structure, the GST Council on Friday removed 178 items from the highest 28 per cent category.

Only 50 products, including luxury and sin items, white goods, cement and paints, automobiles, aeroplane and yacht parts have been retained in the top 28 per cent slab.