The subcontinent of India, a cradle of civilization, is also the birthplace of many great religious traditions of the world mainly: Hinduism, Buddhism, and Jainism.

Except for the first, the creed of Jainism meanders through the rest of the approaches without compromising its essential doctrine. An outsider may find it difficult to categorize Jainism purely as either theistic or atheistic. However, a Jain would consider his faith as theistic rather than atheistic because he or she believes in the essential divinity of the individual Soul and its eternal existence in an eternal reality personifying the highest perfection. In the following discussion we understand why it is so.

The Jain religion and its philosophy being one of the oldest, predating recorded history as referenced in Hindu scriptures, has become one of the essential spiritual traditions of the South Asian religious fabric. It is an original system, quite distinct and independent from other systems and philosophical traditions of India. Jainism is a religion of purely human origin. In ancient times, it was known by many names such as the Shraman (ascetic) tradition, the religion of Nirgrantha (one who has removed all bondages in life), or the religion of Jina. It is propagated by Self realized individuals who have attained perfect knowledge, omniscience, and self-control by personal effort. They have been liberated from the bondage of attachment and aversion (karma), and of worldly existence, and ending the cycles of life and death. These individuals are popularly viewed as Gods in Jainism. They are also recognized by various names as Kevali, Arihanta, Arhat, Tirthankara, Jina, and Siddha. All these words depict various qualities of Jain God.

When an individual destroys all the defiling karma attached to his soul, he attains the full manifestation of absolute knowledge, Keval-Gyan. That soul is regarded having become the supreme Soul and is known as Kevali (Omniscient). A true Omniscient lives in realization of infinite knowledge, perception, vigor and bliss. Among Kevali, some souls through their preaching, show the path of liberation to the humanity. They are called Tirthankars and they establish fourfold Jain order called Sangha comprising of monks, nuns, laymen, and laywomen. The Omniscient who are not Tirthankar, spend the rest of their life in bliss and attain liberation when rests of the physical karma are exhausted. The word Arihanta is made up of two words: 1) Ari means enemies, and 2) Hant means destroyer. Therefore, Arihanta means a destroyer of enemies. The enemies referred to here are internal; inner desires and passions. The passions include anger, ego, deceit, and greed. Until one eliminates these passions, the real nature of the soul is not realized or manifested.

It is due to karma that the soul migrates from one life cycle to another, continues to attract new karma, and binds with new karma. The ultimate goal for the soul is to be liberated by getting rid of all Karmas.  According to Jain Philosophy and Practice, the soul is bound by Karmas because of attachment and aversion. Therefore, the path of liberating the soul from attachment and aversion constitutes the fundamental philosophy of Jainism. Jainism addresses the path of liberation in a rational way. It states that the proper Knowledge of reality, when combined with Right Faith and Right Conduct leads the worldly soul to liberation (Nirvana or Moksha). In this way, one can break the continual binding process of karma to the soul and be liberated from karma. When a living being becomes free from attachment and aversion, destroys all his/her Karma He/she attains perfect knowledge, perception, power, and bliss. He/she becomes omniscient and omnipotent. Jainism believe that time is a basic element and is cyclic. Each time cycle has two half cycles, Utsarpini (progressive) and Avasarpini (regressive). Each half cycle is further divided into six eras. There have been infinite time cycles in the past (time without beginning) and there will be infinite time cycles (without any end) in the future. At present, we are in the fifth era of Avasarpini half cycle. In each half cycle, 24 Tirthankars or Jinas are borne in our region. Bhagawän Mahävir was the last Tirthankar who lived about 2600 years ago and Bhagawän Rishabha was the first Tirthankar who lived millions of years ago.

In summary, Jainism does not believe in a creator God, however; this does not mean that Jainism is an atheistic religion. Jains believe in an infinite number of Gods or Jinas who are self-realized omniscient individuals who have attained liberation from birth, death, and suffering. The Arihantas, Tirthankars, Jinas are not Gods in the sense of being the creators of the universe, but rather as those who have accomplished the ultimate goal of liberation from suffering through personal efforts. In the past, these individuals were human beings like us. They were not supernatural immortal beings or an incarnation of an almighty God. Many such individuals existed in the past and many will achieve such a spiritual stage in the future. All human beings have the potential to reach such a spiritual stage. Jains do not believe that there is a supernatural power that does favors to us if we please him. Jains rely a great deal on self-effort and self-initiative for both – their worldly requirements and their salvation or liberation. Jains believe that each living being is a master of his/her own destiny. 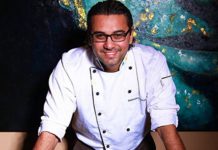