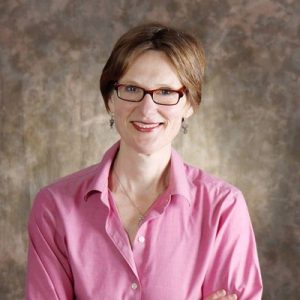 A few weeks ago, our government announced details of Community Benefit Agreements, an important part of our plan to create good jobs for people in communities across the province.

These agreements are designed to ensure that when public dollars are spent on major infrastructure, these projects create good jobs for local workers, support local businesses, train apprentices to address BC’s skilled worker shortage, and get infrastructure projects built on time and on budget.

Since then, I’ve heard from many people interested in how this will affect them. I’d like to answer your questions and provide some additional information on how these agreements will work for people, businesses, and communities.

Community Benefit Agreements are intended first and foremost to benefit the people of our province. These agreements put qualified people who live within 100 kilometers of the project first in line for work. Hiring local people means putting food on the table for BC families. It means growing local economies and building thriving communities as workers spend money at local businesses. Community Benefit Agreements also diversify our workforce by hiring more people from underrepresented groups such as women and First Nations.

British Columbia is facing a major skills shortage that was ignored by the BC Liberal government for years. Projects will be competing for workers in a very tight market – and without action, this problem will become a crisis as more workers retire. This shortage limits economic growth and drives up the cost of projects. We want to fix that.

That’s why the Community Benefit Agreement includes an overall 25% target ratio on projects for apprentices. This creates opportunities for young people and ensures we’re training the next generation of skilled workers. Without the 25% apprentice target, there are few incentives for employers to train apprentices – one of the causes of the skilled worker shortage BC is facing.

The BC Liberals and their big money allies have made some sensational and inaccurate claims about the costs associated with Community Benefit Agreements. Because of the higher number of apprentices, more full-time staff are needed onsite to reach full productivity. While this contributes to an increased investment of 4-7% upfront (already included in our budget), the long-term economic benefits of training the next generation of skilled workers far outweigh the costs. In the case of the Pattullo Bridge replacement, these costs are already factored into the $1.377 billion project budget.

Community Benefit Agreements will help ensure projects are completed on time and on budget. For years, the BC Liberals used a “low bid” model that saw projects go hundreds of millions over budget. BC Liberal Leader Andrew Wilkinson knows this as well as anyone – he was the Deputy Minister in charge during construction of the Vancouver Convention Centre, which blew its budget by $335 million.

Under Community Benefit Agreements, signed collective agreements set wages for the duration of the project and prevent strikes or lockouts. These predictable labour costs will help our government turn the page on the BC Liberal record of cost overruns.

These agreements have a successful track record and have been used for decades in British Columbia and other jurisdictions. Since 1963, seventeen BC Hydro dams have been built using agreements like this. Every single one was constructed on time and on budget.

Like any unionized worksite in BC, workers must be union members while they are employed at the project. However, any qualified worker will have the opportunity to apply regardless of whether or not they are currently union members. Similarly, both union and non-union contractors are eligible to bid on the project. There is nothing in the agreement that prevents non-union contractors from being a part of the process.

Community Benefit Agreements are good for local and small contractors because they level the playing field with known wage rates and access to qualified skilled trades workers, allowing more contractors to bid.

People in our province work hard, and they care about the communities in which they live. The infrastructure projects British Columbians own should do more for them, too.

It’s time to make our infrastructure investments work for the people of B.C. The Community Benefit Agreement is how we make it happen.