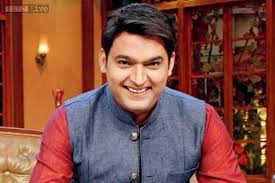 “I am paying Rs 15 crore income tax from last five years and still I have to pay Rs 5 lakh bribe to BMC office (every year) for making my office. Is this your ‘Achhe Din’?” Sharma tweeted to Prime Minister Narendra Modi.

Taken aback by the comedian’s serious allegations, Fadnavis immediately tweeted asking ‘Kapilbhai’ to provide all information regarding his bribery allegation.

“Kapilbhai pls provide all info. Have directed MC (Municipal Commissioner), BMC, to take strictest action. We will not spare the culprits,” Fadnavis said.

Its Vigilance Officer Manohar Pawar said it had taken a serious view of the corruption allegation and asked Sharma to lodge a formal complaint and identify the officer who demanded bribe.

BJP legislator Ram Kadam appeared to chide Sharma by saying “he should have complained right when the incident happened,” but instead he took to social media to air his grievances.

“No matter what tax you pay, there should be no corruption,” he added.

“We shall free BMC from rule of ScamMafias,” Somaiya declared, referring to the upcoming BMC elections in February 2017 and the Shiv Sena’s virtual control of the body.

Indonesian plane with 188 on board crashes off Jakarta