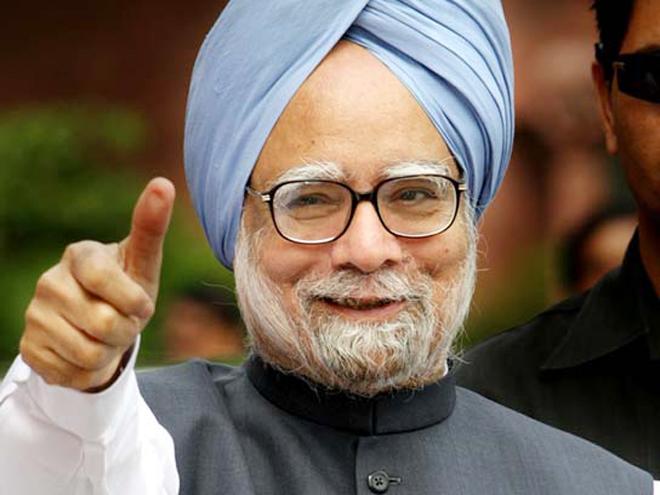 New Delhi, April 1 (IANS) In a relief to former prime minister Manmohan Singh, the Supreme Court on Wednesday put on hold the summons issued by a special court in connection with the allocation of 15 percent share in the Talabira II coal block to Kumar Mangalam Birla-owned Hindalco.

The bench of Justice V. Gopala Gowda and Justice C. Nagappan suspended the summons by the special court holding trial of coal scam cases as counsel Kapil Sibal — describing the March 11 order summoning Manmohan Singh as “completely perverse” — asked where was the act of illegality.

Manmohan Singh’s two daughters, Upinder Singh and Daman Singh, were present in the visitors’ gallery of court No.9 where the hearing was taking place.

The apex court also issued notice to the Central Bureau of Investigation (CBI) on a batch of petitions challenging the March 11 order and also stayed further proceedings in the matter.

It also issued notice to the central government on a writ petition by Birla, who challenged the constitutional validity of section 13(1)(d)(iii) of the Prevention of Corruption Act, 1988.

The provision which has been challenged says “while holding office as a public servant, obtains for any person any valuable thing or pecuniary advantage without any public interest….”

The court was urged to consider whether the principle of strict liability could be invoked when interpreting the section.

Telling the court that the guidelines for the allocation of coal blocks were “not law” and they have no “statutory inscriptions”, Sibal said the prime minister can any time take decisions which may not be conforming to the guidelines to balance the “competing public interests”.

“Whether guidelines which are not statutory in nature could be invoked (by the special court) for launching a criminal prosecution,” he asked.

Sibal wondered how the prime minister reviewing the decision of the 25th meeting of the screening committee was illegal. “Every day, we review our decisions. Does it mean that I should go to Tihar jail?”

Even if a decision has been taken but not communicated, it was always open to review, he said.

He said even Mahatma Gandhi had said, “I change my opinion every few years”.

Counsel Harish Salve, appearing for Birla, said that in the Westminster form of government, the prime minister has plenary powers and can call for review of any decision.

Sibal asked whether the “allocation of a part of natural resource to a private party and not entirely to a public sector undertaking be an act of corruption”.

“Is it that in this country no natural resource is to be given to private party,” Sibal asked, pointing out that everyone knows coal was in shortage and was needed for power, steel and cement.

He said everything was a result of “well-planned and well-designed exercise” initiated by Hindalco representatives that was “carried out meticulously” and involved officials of the coal ministry and the PMO with an object to do an illegal act of securing Talabira II for Hindalco.

Describing it as “fundamentally flawed”, Sibal said “meticulously planned exercise for seeking an allocation cannot by itself amount to criminal conspiracy involving public servants” as there has to be “evidence of criminal intent and a meeting of minds to do an illegal act”.

He said there was no mention of two closure reports filed by the investigating agency.

He also questioned how could the special court judge ask the investigating agency to probe in the light of the observations made by him.

A trial court can order further investigation but cannot say that investigation should be carried out in the light of observations made by the court.

Reacting to the Supreme Court ruling, the Bharatiya Janata Party (BJP) said it was part of the judicial process and the case was sub-judice.

“It’s a part of the judicial process. The matter is sub-judice and every citizen, irrespective of his/her stature, enjoys equal rights before the law,” BJP spokesperson Nalin Kohli told IANS.

Manmohan Singh moved the apex court on March 25, challenging the summons issued by special court Judge Bharat Parashar on March 11 over the allocation of Talabira II coal block in Odisha to Birla-owned Hindalco in 2005.

The court summoned Manmohan Singh, Birla and Parakh after it rejected two closure report by the CBI.