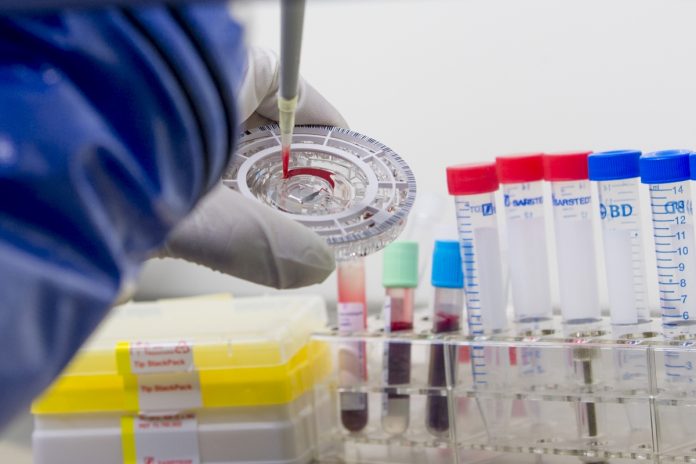 Geneva: The World Health Organisation (WHO) announced that it will begin clinical trials Nov 1 in Switzerland of one of the two anti-Ebola vaccines currently under development.

WHO Assistant Director-General Marie Paule Kieny said the reason that the trials, set to be held at Lausanne, Switzerland, were important was that they include half of the total number of volunteers who would be given the vaccine.

This will contribute to the correct determination of its safety and immunogenic properties, in addition to establishing the required dosages for its use.

One of the vaccines, NIAD/GSK, was developed in Britain by GlaxoSmithKline and is already being tested on volunteers in the US, Britain and Mali.

The other vaccine, VSV-EBOV, was produced in Canada, whose government has donated large amounts of it to the WHO. The batch will arrive in Geneva Tuesday.

These vaccines are contained in 800 ampoules that will be kept in the Cantonal Hospital in Geneva, and sent from there as needed to other countries where trials take place.

It will be the most important stage of the first phase of the clinical trials that already started in the US with a small number of volunteers, Kieny declared, and added that the trials would be extended next week to Germany, Gabon and Kenya.

The minimum requirement for the trials to take place is 250 healthy people between 18 and 65 years of age.

Kieny said that nearly half of the participants are in Switzerland. Around 120 people for each vaccine will take part in the trial.

The results, according to Kieny, will be determined in December, and if they are positive, vaccines will be sent to the African countries stricken with Ebola by January.

Although no official decision has been announced as yet, there is a consensus between WHO experts and humanitarian organisations that priority access to the vaccines should go to people who work on the ground, whether in the health sector, or those who see to burials, as well as relatives who take care of patients.

OFBJP is upbeat about India’s new policies for NRIs