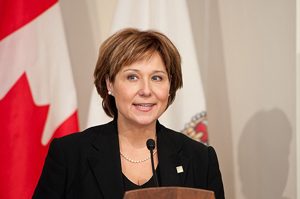 “B.C. has the highest rate of working-age people living in poverty, and while decreasing high payday loan rates is a small step in the right direction, it’s not enough. After years of doing nothing, the Christy Clark government is – right before an election – feeling pressure to act.

“Vancity has reported that payday loans in B.C. increased by 58 per cent between 2012 and 2014. Earlier this month a Canadian Payroll Association study found that 48 per cent of working British Columbians are overwhelmed by debt and that 53 per cent are living only one paycheque away from financial disaster.

“I’m glad to see after years of New Democrats pressuring the government to help those who struggle with payday loans, that they are finally starting to listen and taking small steps to address those who rely on payday loans to get by financially. While addressing the outrageous rates charged by the payday loan industry is long overdue, let’s remember where the real pressure for families is coming from.

“Christy Clark made life tougher for hard working British Columbians in almost every area of their lives, with skyrocketing rates and fees on things like hydro, transit, medical service plan premiums, education costs, housing, and even camping fees, all while giving the top two per cent of income earners a tax break.

“Christy Clark is able to look out for her friends, but isn’t making B.C.’s affordability crisis a priority. Under her government, it’s no wonder why so many British Columbians are struggling just to get by.”