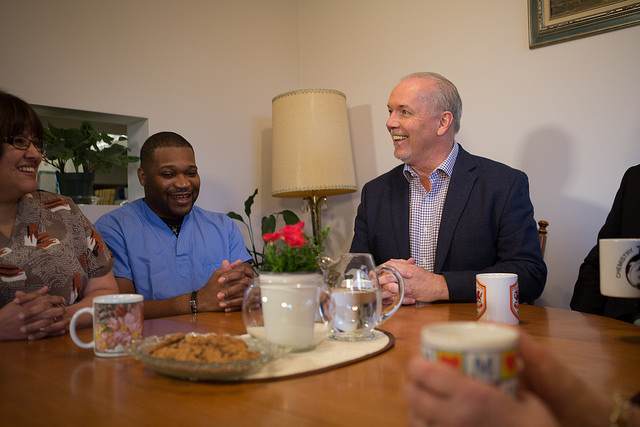 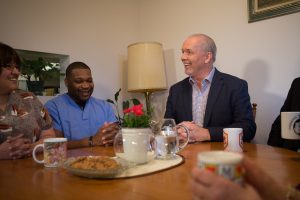 Port Moody: After 16 years of neglect in health care, British Columbians are seeing the results of the choices Christy Clark and her government have made, said BC NDP Leader John Horgan.

Horgan’s comments came after visiting a Port Moody family concerned about the quality of care for patients in their community, particularly at Eagle Ridge Hospital. Horgan was joined by health care workers from the Tri-Cities and BC NDP candidate for Port Moody-Coquitlam Rick Glumac.

“Eagle Ridge Hospital is at the heart of the fast-growing Tri-Cities. For years, patients have seen dangerous overcrowding in emergency rooms and the growth in hallway medicine. And health care workers are stretched to the limit to give patients the care they deserve,” said Horgan.

“Now that an election is coming, Christy Clark is making big promises to fix the problems her government’s neglect has caused at Eagle Ridge Hospital. But families know that Christy Clark’s choices are what got us into this mess. Why would they believe her now, on the eve of an election?”

Patient care at Eagle Ridge Hospital made headlines earlier this year, when Port Moody senior Jean Donaldson spent 36 hours lying on a gurney in a hallway underneath a plaque thanking her for donating thousands of dollars to the hospital foundation.

“Christy Clark’s legacy is clear: hallway medicine, long waits for treatment and declining patient care. We will fix the neglect and once again invest in quality health care for patients across BC,” said Horgan.