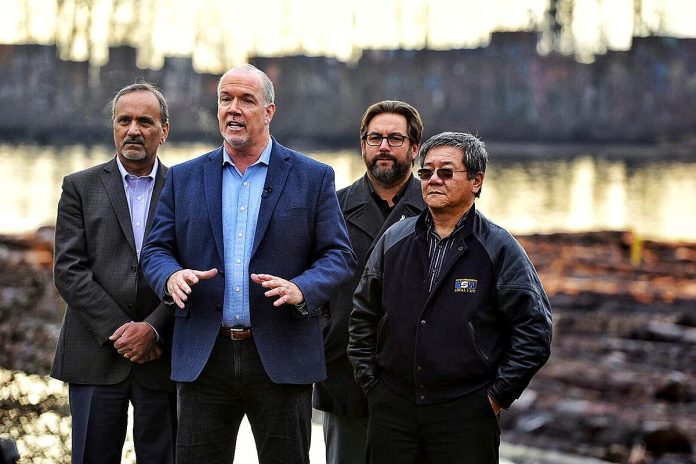 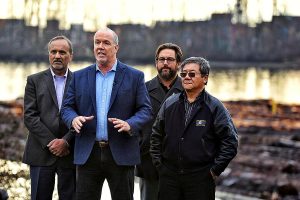 “We’ve lost 30,000 forest jobs in this province since the B.C. Liberals took power. The only logs that leave B.C. should be the logs that we can’t use in B.C. communities, in B.C. mills and B.C. wood-product manufacturing.”

Horgan said that government data shows raw log exports are up more than 120 per cent since 2001, and about 500 per cent over yearly export averages in the 1990s. He said that B.C. Liberal forest ministers have routinely overruled recommendations by the province’s Timber Export Advisory Committee, and approved exports.

“Christy Clark’s government has a history of sending more and more jobs and logs offshore every year. Some of the companies doing this have been among her largest political donors over the years, and that raises questions about why Christy Clark has sat back and watched thousands of people lose their jobs and hundreds of mills close in communities across the province,” said Horgan.

“We’ll stop the pattern of political interference when it comes to raw log export levels. And when a minister does step in with a political decision to allow exports, those reasons will have to be explained in the legislature, so that the public has full information about those decisions.

“Forest workers and their families are seeing their jobs and their future being shipped out of their communities because Christy Clark is letting big corporations export local logs without any processing here in B.C.

“We have to act now. Christy Clark let those jobs go. I want to stop the job losses and focus on new opportunities for forest workers, their families and their communities.”

Horgan said putting a stop to the B.C. Liberal government’s raw log export policy is part of his plan to create more jobs from B.C. forests.

“Getting the most value out of our resources now and in the future is how we’re going to create more good jobs — and jobs that last — in communities throughout B.C,” said Horgan.