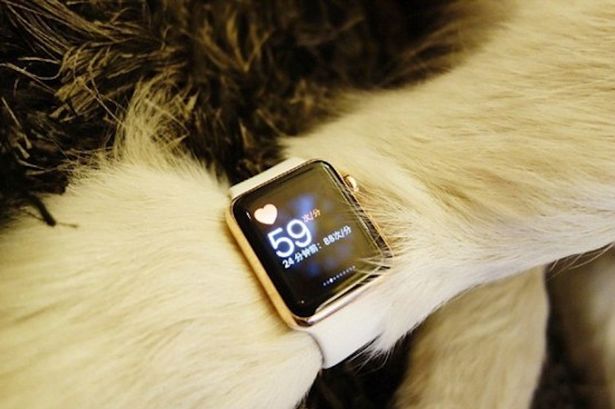 Wang Sicong, son of China’s richest man and owner of Dalian Wanda conglomerate (which acquired a 20 percent stake in Atletico Madrid football club), published photos of his dog wearing a gold Apple Watch in each of its front legs on Weibo, the Chinese version of Twitter, Efe news agency reported.

“I’m supposed to have four watches since I have four long legs. But that seems too ‘tuhao’ (newly rich) so I kept it down to two, which totally fits my status,” Sicong wrote on Weibo on behalf of his dog, a Siberian husky named Keke.

This is not Sicong’s only fancy when it comes to his dog as other photos show his pet with Fendi purses and drinking FIJI (another luxurious brand) bottled water.

Sicong, 27, Wang Jianlin’s only son, has become a symbol of excessive luxury enjoyed by “small emperors”, children of the country’s political and economic elite.

On his last birthday in January, he gave much to talk about by gifting each invitee an iPad and weeks later, he once again made the headlines in the tabloid press by claiming that he wanted a girlfriend with huge breasts.

His father has become a prominent figure in the country’s business sector and his fame has crossed borders owing to his huge projects in the US and other European countries.

Wang Jianlin had earlier said in an interview that it was not certain that his son would inherit his “empire”, built mostly on real estate with branches in commercial and entertainment centres.

Sicong himself claimed that he has little interest in following his father’s footsteps.