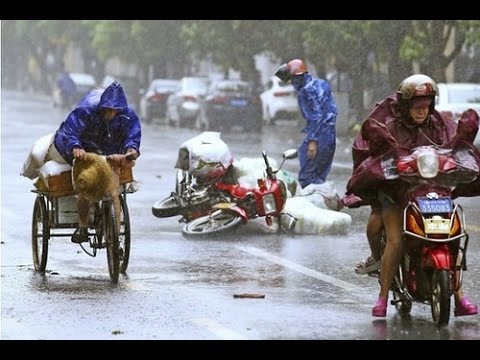 Beijing, July 9 (IANS/EFE) The Chinese government suspended train services, shut down schools and forced ships to return to ports in the southern province of Guangzhou, in preparation of typhoon Linfa on Thursday.

Linfa touched land in Shanwei city, in southern Guangzhou, at noon with wind speed up to 126 kph, according to the country’s meteorological authorities.

Meanwhile, the eastern province of Zhejiang is also preparing for typhoon Chan-Hom, expected to hit the region on Friday with heavy rain and strong winds.

Chan-Hom is expected to increase in strength while moving towards the eastern coast of China and local meteorological authorities have warned it could turn into a “supertyphoon”.

The typhoon will also affect the neighbouring province of Fujian, where nearly 10,000 people were evacuated earlier this week.

On Tuesday, the government activated level three emergency and suspended ferry services, connecting Fujian with the island of Taiwan.