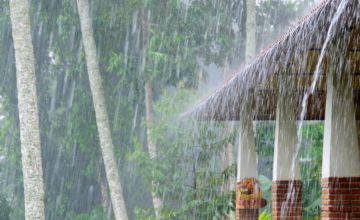 Shillong, Aug 19 (IANS) Cherrapunjee in Meghalaya on Wednesday scripted another hallmark in the weather record books, shattering a 10-year-old record after receiving 471.7 mm of rain on a single day.

“Till 8.30 a.m. this morning (Wednesday), Cherrapunjee (which has been renamed Sohra) recorded 471.7 mm of rain during a span of 24 hours, thus breaking its previous record of 407.7 mm which it received on August 21, 2005,” Vijay Kumar Singh, the meteorological official at Sohra, told IANS.

However, the 853 mm of rain received in 1964 in Sohra, which was then listed as the wettest place on Earth, stands as the highest record of rainfall the town received in a span of 24 hours.

The town records an average rainfall of 12,000 mm a year, with the maximum occurring over the southern slopes of the Khasi Hills. The highest recorded total annual rainfall was 24,555 mm in 1974.

Sohra is on the edge of a plateau on the southern slopes in the East Khasi Hills district. It is located 1,290 metres above sea level and 56 km from state capital Shillong.

Meghalaya received 100.4 mm of rainfall on Tuesday, which was 464 percent more than normal. The normal rainfall was pegged at 17.8 mm, an IMD statement said.