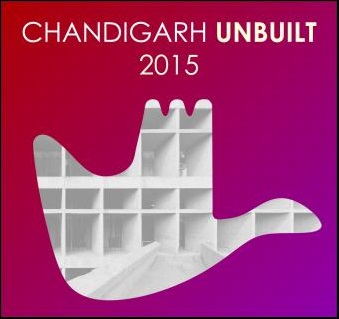 Chandigarh, Aug 21 (IANS) Chandigarh’s founder architect Le Corbusier may have designed and established one of the country’s few planned cities, but certain buildings that he wanted have not materialised even five decades after his death. A group of young architects has now conceptualised an international creative competition to seek 21st century designs for Corbusier’s unfinished works.

“Chandigarh Unbuilt” is the concept through which Archasm, an online international architectural competition organiser, wants designers to complete Corbusier’s unfinished work at Chandigarh’s “Capitol Complex”, especially the ‘Museum of Knowledge” and the ‘Governor House’ that the master-planner wanted to build.

Anirudh Nanda, Harmeet Singh Bhalla and Nikhil Pratap Singh, all of whom graduated from the Chandigarh College of Architecture (CCA) earlier this year and constitute the Archasm team say they are getting a good response to the competition.

“We wanted to provide a platform to architects and designers, including students, to design new things which are India-specific through this competition,” Archasm member Nikhil Pratap Singh told IANS.

The competition (last date Oct 31) is being organised when Chandigarh is observing the 50th anniversary of Le Corbusier’s passing.

“Behind the built and designed elements of Chandigarh also lie the unbuilt characteristics of the city, which exist only in the form of documents, interviews, pictures, models and archives. The Meyer-Nowicki plan (earlier architects for Chandigarh before Corbusier) for the city or some of the buildings that remained confined in the thoughts of Corbusier and his team have been a subject of intrigue, awe, debate and negation to the city administrators since then. We tend to explore and unearth the various characteristics of unbuilt Chandigarh through this competition and try to contemplate the possibilities of turning all those visions into a reality for the city,” the three young architects say on their website.

“The competition involves putting modernistic principles in a contemporary era where the needs of the city have changed drastically and need to be addressed by a more creative approach rather than a conservative one. Even though the buildings were envisioned by Corbusier in the 1950s and 60s, we want to encourage 21st century designs to suit present conditions,” Anirudh Nanda told IANS.

“As students, we participated in a number of European architecture competitions. We found that not many such options of competitions were available in India. We decided to create that platform through Archasm. We will hold at least four competitions every year with prize money,” Harmeet Singh Bhalla told IANS.

Corbusier planned the city on the lines of a human body – the Capitol Complex was to be the head, the commercial centre its heart, the industrial area its hand and the intellectual centre being the parkland. Each sector in the city was planned to be self-sufficient with markets, institutions and other services.

The Capitol Complex was conceived by Corbusier himself. The main buildings, the Secretariat Complex, the Legislative Assembly complex and the High Court Complex, were completed during his time. The ‘Open Hand’ monument, the symbol of Chandigarh, is also in this complex.

The unbuilt buildings from Corbusier’s drawing table included the Governor House, Museum of Knowledge, an 11-storey building in Sector 17 and a football stadium near Sector 26, among others.