“In just two years, the Richmond World Festival has become a can’t miss date on the summer calendar, winning both national and international event industry honours,” said Richmond Mayor Malcolm Brodie. “We’re delighted to be expanding the festival to two days this year. It’s a great opportunity to enjoy the many sounds, tastes and colours of our diverse community and nation as we continue our celebrations of Canada’s 150th anniversary.”

A free celebration of music, food and culture, the Richmond World Festival is presented by Coast Capital Savings. The festival will feature over 75 music and dance performances on nine stages. Other highlights include the FEASTival of Flavour with more than 50 food trucks; the Global Village with interactive cultural activities and performances; the Bamboo Theatre and Digital Carnival, both offering diverse and innovate performances; Kids World children’s activity area; the Artisan Marketplace with over 50 exhibitors; and Imagination World at the Richmond Public Library.

Launched in 2008, the Toronto indie rock quartet Tokyo Police Club has won both critical and popular acclaim across Canada and internationally. The band released the well-received, two-part Melon Collie and the Infinite Radness EP in 2016 with songs Not My Girl and My House streaming up the Canadian alternative rock charts. Tokyo Police Club will headline the festival’s YVR Mosaic Main Stage on Saturday, September 2. Popular Canadian electro-pop innovators Dragonette will also perform on the main stage on Saturday. 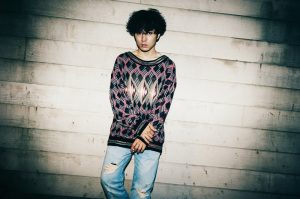 Direct from South Korea, hip hop star Verbal Jint will headline the festival on Friday, September 1. An influential South Korean rapper and record producer Verbal Jint is notable for his groundbreaking innovations in Korean hip hop rap rhyme-work. He is also one of the few musicians from the underground hip hop scene to have also achieved crossover mainstream success in a market saturated with K-pop.

Watch for additional event details to be announced soon at www.richmondworldfestival.ca and for updates follow @FunRichmond on Twitter, #RichmondWorldFest.

The Richmond World Festival is part of Richmond Canada 150, a year-long program of events and activities. For more information visit www.richmondcanada150.com.