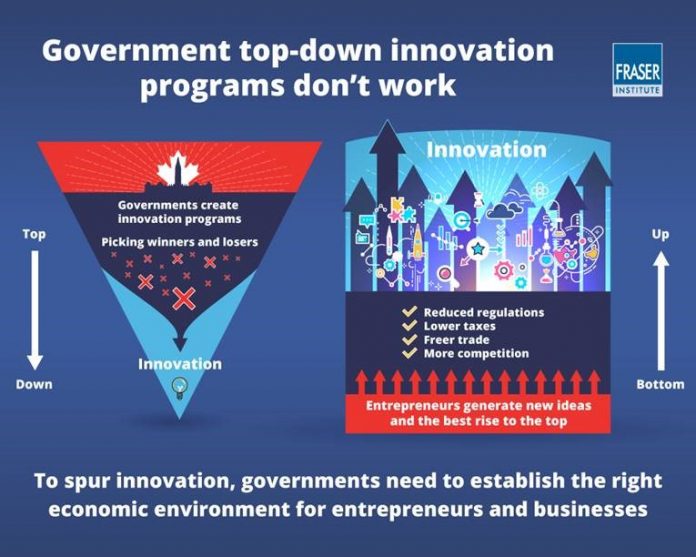 Vancouver: Canada’s innovation performance has declined in recent years and is falling further behind the U.S. and other developed countries, despite decades of costly innovation programs by successive federal governments, finds a new study released today by the Fraser Institute, an independent, non-partisan Canadian public policy think-tank.

In fact, the current federal government allocated a staggering $8.2 billion to various innovation programs in its 2017 budget to encourage venture capital investment and create innovation superclusters, among other things.

The study finds that Canada’s innovation performance has deteriorated recently compared to the U.S. and other developed countries.

In fact, Canada’s relative ranking on the Global Innovation Index and the Global Competitiveness Report—two key innovation indices—is the lowest it has been since 2011 and 2008, respectively.

That means the innovation gap between Canada and other developed countries is growing.

“Clearly, the bureaucratic top-down approach to fostering innovation has failed despite the many billions Canadian taxpayers have paid for these programs over the years,” Globerman said.

“Governments should focus on creating the right economic conditions within which entrepreneurs and businesses are incented to pursue innovation on their own.”