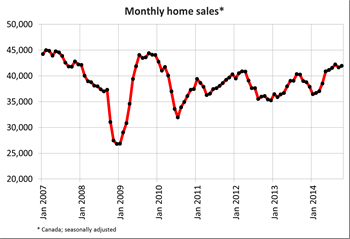 Ottawa: According to statistics released today by The Canadian Real Estate Association (CREA) home sales in October were up 0.7 per cent compared with September. Compared with a year ago, sales were up seven per cent, the organization said. The average price of a home sold through the Multiple Listing Service was $419,699 in October, up from $391,931 in October 2013.

The number of home sales processed through the MLS® Systems of Canadian real estate Boards and Associations edged up 0.7 per cent in October 2014 compared to September.

This marks the sixth consecutive month of stronger resale housing activity compared to a quiet start to the year, and the strongest activity for the month of October since 2009.

“Low interest rates continued to support sales in some of Canada’s more active and expensive urban housing markets and factored into the monthly increase for national sales,” said CREA President Beth Crosbie. “Even so, sales did not increase in many local markets in Canada, which shows that national and local housing market trends can be very different. All real estate is local and your REALTOR® is your best source for information about how the housing market is shaping up where you currently live or might like to in the future.”

“While the strength of national sales activity is far from being a Canada-wide phenomenon, it extends beyond Vancouver, Calgary and Toronto,” said Gregory Klump, CREA’s Chief Economist. “Sales in a number of B.C. markets have started to recover from weaker demand over the past couple of years. They have also been improving across much of Alberta, where interprovincial migration and international immigration are reaching new heights.”

Actual (not seasonally adjusted) activity in October stood seven per cent above levels reported in the same month last year. October sales were up from year-ago levels in about 70 per cent of all local markets, led by Greater Vancouver and the Fraser Valley, Victoria, Calgary, and Greater Toronto. Combined sales in these five markets account for almost 40 per cent of national sales activity, and nearly 60 per cent of the year-over-year increase in national sales this month.

Actual (not seasonally adjusted) sales activity for the year-to-date in October was 5.2 per cent above levels in the first 10 months of 2013 and slightly above (+2.5 per cent) the 10-year average for the same period.

The number of newly listed homes rose 0.8 per cent in October compared to September. While new supply was down in just over half of all local markets, outsized gains in Greater Vancouver, Calgary, Edmonton, and Greater Toronto boosted the national figure.

A sales-to-new listings ratio between 40 and 60 per cent is usually consistent with a balanced housing market, with readings above and below this range indicating sellers’ and buyers’ markets respectively. The ratio was within this range in just over half of all local markets in October. About 70 per cent of the remaining markets posted ratios above this range, almost all of which are located in British Columbia, Alberta and Southern Ontario.

There were 5.8 months of inventory nationally at the end of October 2014. It has held to a narrow range between 5.8 and 6.0 months since May of this year. As with the sales-to-new listings ratio, the number of months of inventory remains well within balanced market territory while pointing to a national market that has become tighter since the beginning of the year, when sales got off to a slow start.

The Aggregate Composite MLS® HPI rose by 5.51 per cent on a year-over-year basis in October. Price gains have held steady between five and five-and-a-half per cent since the beginning of the year. 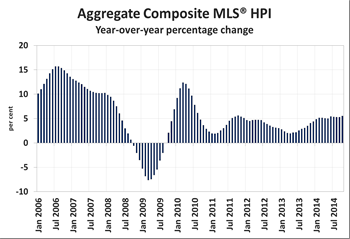 Price growth varied among housing markets tracked by the index. As in recent months, Calgary (+9.47 per cent), Greater Toronto (+8.30 per cent), and Greater Vancouver (+6.03 per cent) continued to post the biggest gains.

Prices were up between one and 2.5 per cent on a year-over-year basis in the Fraser Valley, Victoria, and Vancouver Island, flat in Saskatoon, Ottawa, Greater Montreal, and Greater Moncton, and down 3.4 per cent in Regina.

The MLS® Home Price Index (MLS® HPI) provides a better gauge of price trends than is possible using averages because it is not affected by changes in the mix of sales activity the way that average price is.

The actual (not seasonally adjusted) national average price for homes sold in October 2014 was $419,699, up 7.1 per cent from the same month last year.

The national average price continues to be pulled upward by sales activity in Greater Vancouver and Greater Toronto, which are among Canada’s most active and expensive housing markets. Excluding these two markets from the calculation, the average price is a relatively more modest $330,596 and the year-over-year increase shrinks to 5.4 per cent.

The Canadian Real Estate Association (CREA) is one of Canada’s largest single-industry trade associations, representing more than 111,000 REALTORS® working through some 90 real estate Boards and Associations. 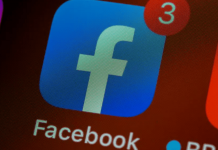