A lot of people in Canada, over many years, have fought for the right to vote. One of the most curious phenomena is why so few are interested in participating in the election. The Asian Journal presents some background on Canadian elections from voter turnout, and Women in Politics, to what are the costs and limits to spending in this election.

The elections in June 1962 and April of 1963 had the highest voter turnout 79% and 79.2% respectively. The last national vote over 70% was the Charlottetown Accord referendum in October 1992 when the turnout was 71.8% (this did not include Quebec which conducted its own referendum).

Since then it has been downhill for voter interest. 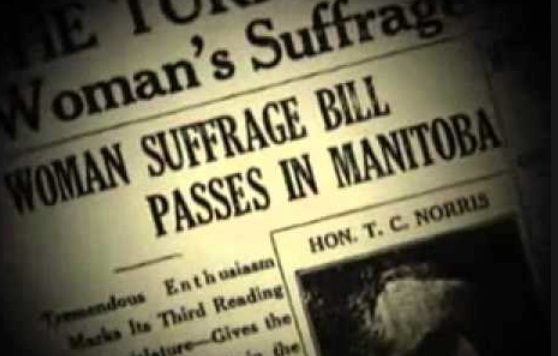 Women didn’t have the vote in 1872. In fact, it wasn’t until 1919 that the “Act to Confer the Electoral Franchise upon Women” was passed by the Canadian government. All the provinces followed suit soon after except Quebec which didn’t give women the vote until 1940.

How Much Does it Cost?

The length of the 2015 campaign is 11 weeks, the longest since 1926. Average election campaigns have typically been 5 weeks, which cost around $375 million (est. Elections Canada). Simple math says that’s $75 million per week, which if multiplied by the 11 weeks that the campaign will span, yields a figure of $875 million. Be interesting to see how close the number really is.

Reviewing the tables for Preliminary Candidates Expense Estimates from Elections Canada,, across they country they range from $200k to $260k. In BC the highest number (in the country in fact) is for Kamloops-Thompson-Cariboo, which is $269, 665 and the lowest is Surrey-Newton at $197,640. The lowest numbers are for Prince Edward Island, which ranges for the low (lowest in the country) 168.485 to 169,730.

These are preliminary and will increase if the election period is over 37 days (which it is by 40) after which a formula is applied to increase the amount.

Preliminary expenses by the parties are: Conservatives at $54,475,840, which is the same amount for the Liberals and NDP. The Green Party, which has one sitting member is allowed $54, 432,597 (based on the number of candidates it has registered).

So there you have it, there’s a significant amount at stake for the country, so whatever political stripe, take the time to make a difference. Go out and vote. It matters.