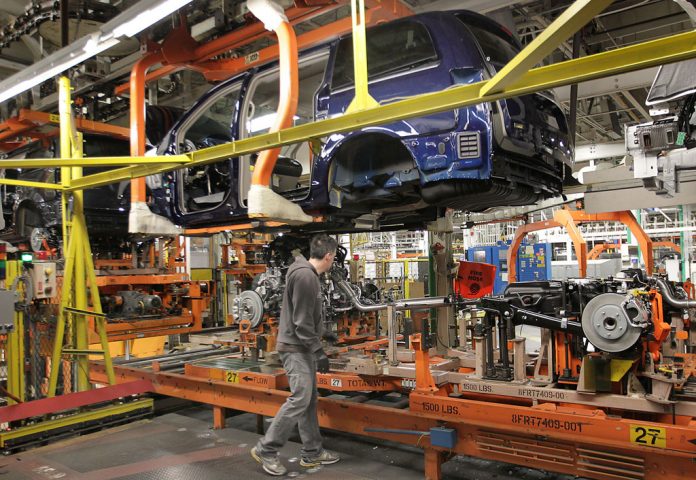 The deal will see Canada’s 6.1 per cent tariff on imported vehicles phased out over a five-year period.

“This is going to have a disastrous impact,” said Unifor’s national president Jerry Dias, noting that U.S. negotiators reportedly held private meetings with the Japanese and negotiated a 20-year phase-out of its tariff on imported vehicles.

“Why is that the Americans can protect their industry but yet Canada just can’t do it?”

Meanwhile, domestic content requirements _ rules that dictate what percentage of a vehicle or auto part must be made within the TPP in order to be sold within the region tariff-free _ will be slashed.

Under the North American Free Trade Agreement, or NAFTA, an auto part needed to contain 60 per cent North American content in order to remain duty-free. For a fully assembled vehicle, the minimum content requirement was 62.5 per cent.

The new trade deal will allow for the tariff-free movement of vehicles that have as little as 45 per cent domestic content. For parts, the threshold will be even lower.

Dias called it “outrageous” that the government has inked a deal allowing for a car made up of mostly Chinese parts to be imported into Canada tariff-free.

“What they did is create a huge disincentive for everybody to invest here in Canada,” Dias said.

Prime Minister Stephen Harper promised during a news conference Monday that he would soon announce measures to help attract new auto investment in Canada and ensure the stability of Canadian car assembly plans.

Harper has already pledged to spend $4.3 billion over the next 15 years to protect Canadian farmers from the impact of the TPP.

However, Dias said the auto industry isn’t looking for cash to soften the blow of the trade deal.

“We need jobs in Canada,” he said. “We don’t need bailouts.”

Mitsubishi Motors’ On-board Smartphone Link for both Android Auto™ and...