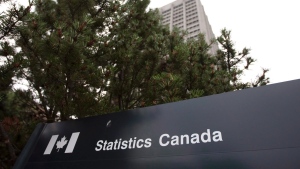 By Craig Wong, THE CANADIAN PRESS

OTTAWA: The annual pace of inflation slowed in September due to lower gasoline and other energy prices, but the cost of groceries, restaurant meals and many other things pushed higher.

Statistics Canada’s consumer price index for September rose 1.0 per cent compared with a year ago, a smaller increase than the 1.3 per cent posted in August and below the 1.1 per cent expected by economists.

TD Bank economist Brian DePratto said the dichotomy that has characterized inflation so far this year continued in September.

“At the same time, the significant depreciation of the Canadian dollar since last summer has made imports more expensive, helping keep core inflation (slightly) above the Bank of Canada’s two per cent target.”

Prices were up in seven of the eight major categories, with the overall increase driven by higher food prices, Statistics Canada said.

The cost of food was up 3.5 per cent compared with a year ago, with fresh vegetables up 11.5 per cent and meat up 4.4 per cent. The price of food in restaurants climbed 2.7 per cent.

The index for recreation, education and reading was up 2.5 per cent, while the clothing and footwear category gained 1.2 per cent.

Only the transportation group, which includes gasoline, was lower as it fell 3.5 per cent from a year ago due to an 18.8 per cent decline in gasoline prices compared with last year.

The Bank of Canada’s core index, which excludes some of the most volatile components, was up 2.1 per cent from a year ago, matching economist estimates from Thomson Reuters.

However, the central bank has said the drop in the Canadian dollar has given a temporary boost to inflation and that the underlying rate remains below two per cent.

In its monetary policy report on Wednesday, the central bank said based on the assumption of a Canadian dollar at 76 cents US, it estimates the exchange rate pass-through will peak at 0.5 to 0.7 percentage points in the second half of this year before gradually fading through 2016.

The Bank of Canada held its key interest rate this week at 0.5 per cent as it downgraded its 2016 and 2017 outlook for the economy due to the continued fallout of low energy prices.

“The economy may no longer be in recession, but it is still struggling to get back to potential growth,” Ashworth said.

“Unless there is a more pronounced pick-up that absorbs some of the economic slack built up over the past few years, core inflation will trend gradually lower.”

Statistics Canada says prices rose in eight provinces with Saskatchewan posting the largest increase with a gain of 1.4 per cent for the year. Ontario gained 0.9 per cent, while Quebec increases 1.0 per cent.

Prince Edward Island saw prices drop 0.8 per cent compared with a year ago, while Nova Scotia reported no change.