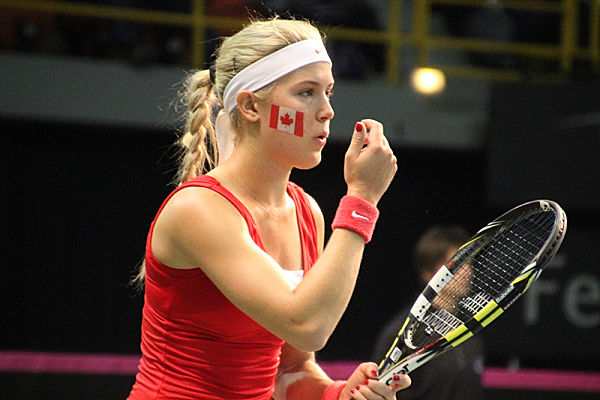 DOHA, Qatar: Australian Open champion Angelique Kerber made a disappointing return to tournament tennis on Tuesday, losing 7-5, 6-1 to China’s Zheng Saisai in the second round at the Qatar Open.

Zheng will play Eugenie Bouchard in the third round after the Canadian beat Denisa Allertova of the Czech Republic 7-6 (0), 7-5.

Kerber beat Serena Williams at Melbourne in the opening Grand Slam of the year on Jan. 30. The top-seeded Kerber received a first-round bye at Doha.

The tournament also lost its second-seeded player when Simona Halep, the 2014 champion, was beaten by Russian qualifier Elena Vesnina 6-7 (1), 6-4, 6-1.

Zheng, ranked 73rd, made just eight unforced errors compared to 38 by Kerber and needed only 28 minutes to win the second set.

“The feeling is amazing,” Zheng said. “For sure it wasn’t her (Kerber’s) best tennis today, but I’m happy I won that match.”

Kerber, who withdrew from last week’s Dubai Open with a right thigh injury, said “I was not feeling good from the beginning.”

“I think you have days like this sometimes,” Kerber added. “I don’t know how many mistakes I did today. This is not my game … that’s all I can say.”