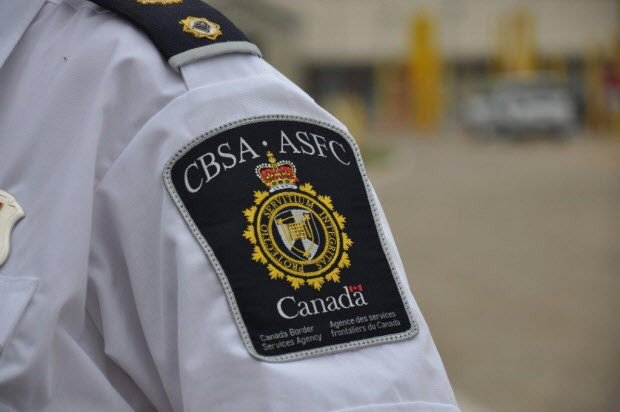 By Jim Bronskill, THE CANADIAN PRESS

In a report tabled Thursday, the Senate national security committee said the federal government should establish an oversight body for the Canada Border Services Agency to ensure it follows legislation and policy.

The committee also wants an independent civilian review and complaints watchdog that would handle grievances from travellers about border agency activities.

The agency’s 13,000 employees manage the flow of about 100 million travellers across the border every year. They collect, analyze and distribute information concerning people and goods at border points, air terminals and seaports.

The committee noted that border officers can stop travellers for questioning, take blood and breath samples, and search, detain and arrest citizens and non-citizens without a warrant.

In some cases, the border agency shares information about refugee claimants with individuals in the country of origin, a situation “fraught with hazard for claimants and their families,” the report says.

The committee heard testimony that border officers have been known to call numbers that they find on refugee claimants’ cell phones without regard for safety of the claimant or family in the home country, it adds.

Unlike the RCMP and the Canadian Security Intelligence Service, the border agency is not overseen by an independent review or complaints body.

The report says an effective civilian review and complaints watchdog would deal with grievances about border agency and carry out investigations as it sees fit _ including probes into incidents involving serious harm such as sexual assaults and deaths in custody.

To ensure fairness, the border agency should ensure that interviews with refugee claimants are audio- and video-recorded and keep the recordings for at least 10 years, the committee added.

At the same time, the senators call for new security measures including:

_ A system to register the entry to and exit from Canada of all travellers;

_ Border officer access to the most relevant database information on travellers at all times;

_ Collection of biometric information from all foreign nationals arriving in Canada, subject to existing provisions in agreements with other governments.

A spokesman for Public Safety Minister Steven Blaney said the government will study the committee’s recommendations.