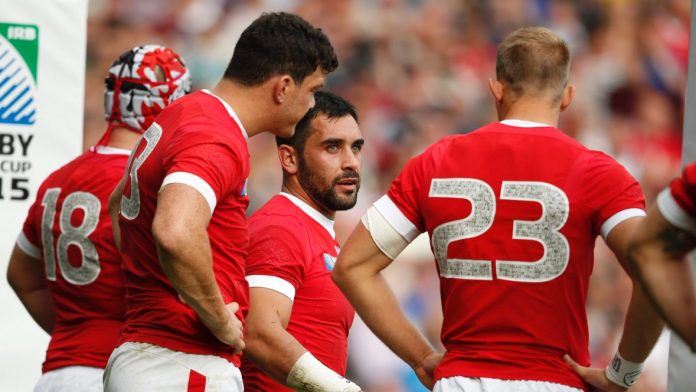 Canada crushed Russia 55-0 before dropping a 21-14 decision to England in the consolation Bowl semifinal.

Nathan Hirayama, Phil Mack and Justin Douglas had two tries each in the opening game at Cape Town Stadium. John Moonlight, Harry Jones and Admir Cejanovic had one try apiece.

In the semifinal, Alexander Davis put England ahead to stay with a try late in the second half. Cejanovic and Jones had the Canadian tries.

Canada was coming off a disappointing 13th-place result in Dubai earlier this month at the opening stop of the 10-event HSBC Sevens World Series.

In the championship game, Rosko Speckman and Seabelo Senatla scored two tries apiece for the host side as South Africa joined Fiji at the top of the series standings.

While the Blitzboks’ physicality had been a major feature of their play through the weekend, it was the speed of Speckman and Senatla that proved the difference in the final as the hosts ran in five tries to Argentina’s two.

The result meant that South Africa won its own world series event for the third year running, and the 22 points it earned put them level with Fiji on 35 after two rounds.

France pipped Kenya to third place, winning the playoff 28-26, having knocked out world series champion Fiji in the quarter-finals.

Fiji, which won the opening leg of the world series in Dubai last weekend, went on to win the Plate on Sunday as it beat the USA 29-19 in the final.

South Africa’s passage into the quarter-finals was in doubt after it was shocked by Kenya on Saturday afternoon, but it was faultless thereafter. It made light work of Australia in the quarter-finals on Sunday, then beat France 21-12 in the semifinal.

“The guys decided after yesterday to pull together and start playing rugby,” South Africa coach Neil Powell said. “I’m really proud of them today. You have to work for everything, nothing is given to us and Argentina put us under lots of pressure.”

Argentina had not qualified for a Cup final since 2009, but opened the scoring through German Schulz.

South Africa hit back from the restart as Speckman showed the Argentine defence a clean pair of heels, and the host was in front soon after when Senatla ran onto a grubber from Justin Geduld, who was named man of the final for his creative display.

After Specman had put South Africa further ahead, Axel Muller shrugged off two tackles to pull one back for Argentina and make it 17-14 at halftime.

That made the first score after the break pivotal, and Senatla grabbed it when he went over in the corner to give South Africa some breathing space, before Ryno Benjamin rounded out the scoring.

The next leg of the series takes place in Wellington on Jan. 30-31.

With files from The Canadian Press.

Juno says hello to Jupiter, sits peacefully in its orbit