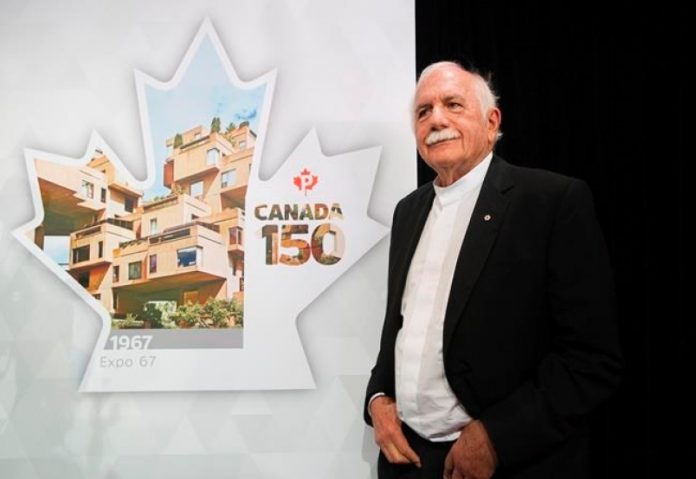 Safdie presented the commemorative stamp today inside the Habitat building he designed for Montreal’s Expo 67, which had its opening ceremony 50 years ago today.

The stamp is the first of 10 that Canada Post is unveiling to commemorate the 150th anniversary of the country’s founding.

Safdie designed the Habitat 67 complex for his master’s thesis in architecture at McGill University and the structure was built as a pavilion for the exhibition.

Habitat is now a coveted housing co-op located on Cite du Havre, a man-made peninsula attached to the island of Montreal that juts out into the St. Lawrence River.

The Israeli-Canadian architect went on to have an illustrious career and designed structures around the world including Singapore’s iconic Marina Bay Sands.

Canada Post is scheduled to release the next stamp in its commemorative collection on May 3 in Ottawa.