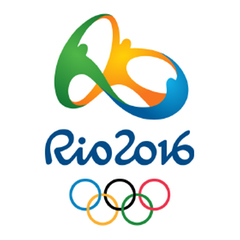 A pair of bronze performances on Day 3 of the Rio Olympics gave Canada its first multi-medal day of the Games and kept it on pace for its overall goal of 19 podium finishes. Canada has one silver and three bronze medals so far, with three of those coming from the women’s swim team.

Masse, from La Salle, Ont., added to Canada’s fortunes in the pool by finishing tied for third in the women’s 100-metre backstroke. Canada, which hadn’t had a women’s Olympic swimming medal since the 1996 Atlanta Games, has sent a swimmer to the podium for three straight days.

Earlier, Ghislaine Landry had two tries and four conversions to lead the sevens squad to a decisive 33-10 win over Britain in the bronze-medal match as women’s rugby made its Olympic debut.

The nations’ women athletes have been the story so far for Canada, accounting for all four medals.

Masse posted a Canadian record time of 58.76 seconds en route to her bronze. Her swim followed a bronze in the women’s 4×100-metre freestyle relay on the opening day of the Games and Penny Oleksiak’s silver in the women’s 100 butterfly on Day 2.

“From the performances like the relay and Penny last night, everyone’s done so well not just in the pool, but also the other Canadian athletes, it’s really inspiring to see everyone do well,” Masse said. It really gives each athlete hope for their own successes.“

“I knew it was a tight race and I knew just from swimming prelims and semis, we’re all so close and a lot of tough competitors,” Masse said. “I knew it was going to come down to the touch and just trying to get my hand on the wall first.”

The sevens rugby squad gave Canada its second team sport medal in as many Games after the women’s soccer team captured the nation’s attention by winning bronze four years ago in London.

But the medal was considered bittersweet for some on the team, as it followed a disappointing 17-5 semifinal loss to eventual champion Australia.

“There’s a lot of games over this tournament that we just didn’t play the rugby that we are capable of,” said Landry. “We were pretty disappointed with that, but that’s a performance that we can be proud of and it’s good rugby.”

“I feel like a superhero,” said Kish, who had been shedding tears just minutes earlier as the clock counted down. “I know 11 of my other teammates feel that way too.

“What a freaking historic moment for us. Now I know what our Canadian women’s soccer team felt like when they got bronze (at the 2012 Games). It’s just an ultimate superhero feeling. It’s great.”

Karen Paquin, Bianca Farella and Kelly Russell had the other tries for Canada, which took a commanding 26-5 half-time advantage.

Elsewhere, Canada’s women’s basketball team improved to 2-0 after rallying for an exciting 71-67 victory over Serbia. Kia Nurse scored 25 points for the Canadians, who trailed by as many as 18 points in the third quarter before outscoring the Serbians 26-10 in the fourth.

But Eugenie Bouchard of Westmount. Que., was eliminated from the women’s singles tennis event with a 6-4, 6-2 second-round loss to German Angelique Kerber. Bouchard opened strong with an early break in the first set but Kerber earned a break of her own and the Canadian never recovered.

Bouchard still has a shot at a medal and an Olympic doubles title with Ottawa’s Gaby Dabrowski.

The Canadian men’s field hockey team fell to 0-2 with a 3-1 loss to Argentina. Vancouver’s Scott Tupper scored in the 55th minute for Canada, which faces the Netherlands on Tuesday.

Canada will be hard-pressed to advance to the quarter-finals as only the top four from each of the two pools qualify.

It was also a disappointing day on the water for the Canadian men’s quadruple sculls rowing squad. Will Dean of Kelowna, B.C., Rob Gibson of Kingston, Ont., Pascal Lussier of St-Jean-sur-Richelieu, Que., and Julien Bahain, who was born in France but competes for Canada, were fifth in the repechage and failed to qualify for the final.

The team needed a top-two result to advance.

“We just beat ourselves,” said Gibson. “We just tried too hard.

“We started pulling apart from each other and in a boat and a crew like this we’ve really got to be one unit. We’ve said it all along we’re strong enough to be with the best crews in the world.”

Victoria’s Lindsay Jennerich and Patricia Obee, Canada’s best hope for a rowing medal, won their heat in the women’s lightweight double sculls to advance to the semifinal round Wednesday. But the women’s eight crew finished last in its three-boat heat.

Golf makes its return to Olympic competition Thursday with Canadian Graham DeLaet serving as the defending champion. The native of Weyburn, Sask., was given the lofty distinction at the tournament draw Monday because Toronto’s George Lyon won gold in St. Louis Games in 1904 the last time the sport was recognized as an Olympic event.