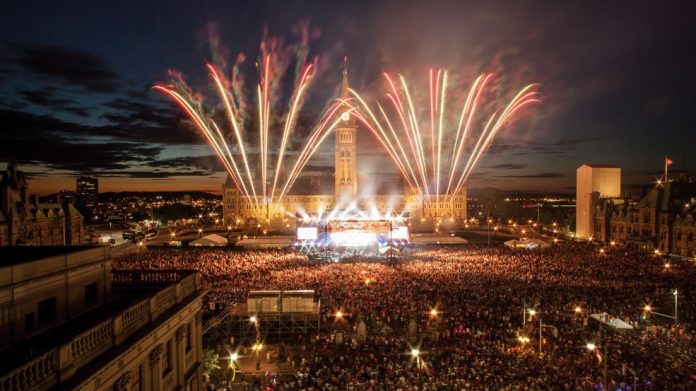 Ottawa: The annual Canada Day celebrations on Parliament Hill will include performances ranging from country to reggae to northern throat singing.

The national birthday celebration, which sees hundreds of thousands of people filling the lawns in the shadow of the Peace Tower, will also feature flypasts by CF-18 jets, aerobatics by the Snowbirds and an aerial parade of vintage aircraft to mark the 75th anniversary of the Battle of Britain.

The Iqaluit band The Jerry Cans will bring their own mix of Inuktitut alt-country, throat singing, and reggae.

Teen pop singers Cassidy Mann and Francesco Yates are also on the program.

The Bishop Grandin Marching Ghosts, a Calgary high school marching band, will step out in the afternoon.

The Harper government says the theme of the Canada Day festivities is “Strong. Proud. Free,” a slogan which has been used in countless government ads over the last year.

‘We made a mistake’: Alberta government says no media to be...