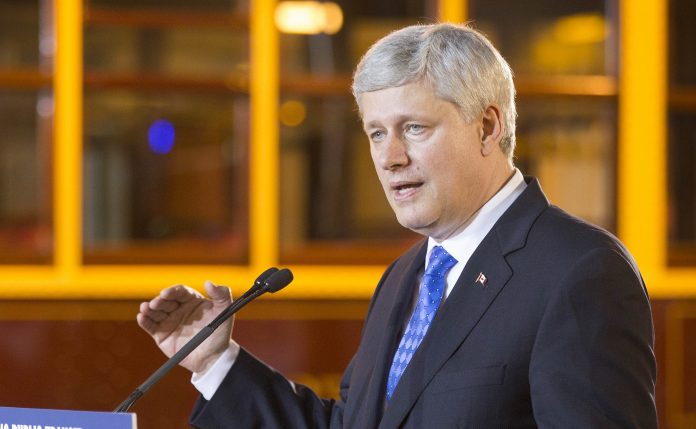 OTTAWA: Prime Minister Stephen Harper says Canada will defend its supply management system for dairy and poultry while still pursuing one of the biggest trade deals in history.

Harper made the comments after a government spokesman denied a published report suggesting the Trans-Pacific Partnership could destabilize the system that governs how dairy products and poultry are sold in Canada.

“I believe these negotiations are going to establish what will become the basis of the international trading network in the Asia Pacific. It is essential in my view that Canada be part of that _ that the Canadian economy be part of that,” the prime minister told a news conference Thursday.

“At the same time, we are working to protect our system of supply management and our farmers in other sectors.”

Canada always acts to protect the “interest of all of our sectors” in all trade talks, he added.

“We will continue to do that right to the end of these negotiations.”

A Globe and Mail report quoted unidentified officials as saying Harper is resolved to signing the TPP even if it means a surge in imports of duty-free poultry and dairy products.

A spokesman for International Trade Minister Ed Fast, however, says the federal government is committed to defending Canada’s system of supply management.

Rick Roth says the negotiations are ongoing and that an agreement will only be signed if it is in Canada’s best interests.

American negotiators want to pry open the tightly controlled Canadian dairy system that offers protection for the domestic industry, but results in higher prices at the grocery store and less foreign offerings.

The sensitive spots in the trade pact for Canada include agriculture, and successive Canadian governments have left the dairy system alone for fear of incurring rural voters’ wrath.

The government is facing fierce lobbying from dairy and poultry farmers, who want Ottawa to resist making any concessions in the talks.

The TPP includes 12 countries, including Canada, the U.S., Mexico and Japan, and covers about 40 per cent of the world’s economy.