When Tony Singh arrived in Vancouver in 1994 it was love at first sight for the young man who had called Montreal home since 1975.
“The only thing I would relate to Vancouver,” said Singh, “was the Beachcombers that I saw on the TV. I fell in love with the beautiful city, the weather and the people who were very friendly, very laid back. I’ve been here ever since. In 1994 my ambition was to be a pilot, and I studied architecture, but when I settled here I saw a very different opportunity.”

From aspiring pilot to grocer

On one occasion Tony went shopping with his sister and it was then that he noticed that people from the Indo-Canadian community were shopping at the main-stream stores which were not catering to their dietary needs. In order to get food products from India, people from Surrey would travel to Main Street once or twice a month. It was a long way to go for many, and the community was ready for someone to fill their needs locally. This was the opportunity that he seized in becoming the supplier of these specialty products to the Indo-Canadian community in Surrey.
“When I was going through school, college and the university, I worked in a grocery store. I never thought at the time I would go into this business, it was a part time job while I was in school. But when I saw the opportunity here, I put my dream career on the side. That was twenty years ago, and here I am today with 18 stores and 500 employees, in a business I never intended to do. I still fly around the world a lot, but now I’m looking for product.”
“Being at the store until 10 o’clock at night, seven days a week, took a lot of energy. There was really no time to do what I really wanted to do. But do I still look at every plane that passes by, sure I do. And some day I will go back to flying but as a hobby. As a career, it’s too late for that.” 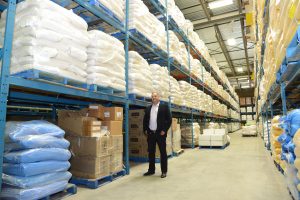 “We took twenty years to develop the eighteen stores. We could have had fifty stores by now because the demand was, and still is there, but I wanted to make sure the product I had was up to standards, and make sure when I put stores in an area that they do well. So I decided we would only do one store a year. I want to make sure that I give my 110 percent, not just put up the store and move on to the next one. We bend over backwards to make sure the product we have is number one, clean and healthy to eat. Doesn’t matter what country we get it from. If we get it from India, my brother or I travel there and personally inspect the product to make sure it meets or exceeds Canadian standards – we guarantee it.”

Seeking a secure source of produce, Tony saw Mexico had weather and soil very similar to India, particularly for Okra and the other fruits and vegetables, and leased some farms to grow produce.

“Over fifteen years ago, we got the farmers started, with financing and advice on how to grow the product. Now a generation has grown up and they can take care of it. I still go there two to three times a year to make sure they are still following the same procedures. Also we continue to support them out of season, to make sure they have enough money to get the sprays and other supplies, and the water for the mango trees. You get the fruit once a year but you have to look after the tree all through the year.”

“There are a lot of overlaps one culture to another with a lot of foods used by many different people. Bitter melon, which is used in Chinese communities, is also used by most people from south Asia. South Asians, South Americans and people in the Caribbean eat mangoes. So some of the expanded produce was done intentionally, whereas other produce is common in the diet of many in the region.”
“Another thing I have done, with mangoes for example, was to hold a sampler evening with the Surrey Board of Trade. Many people got to taste this and other fruits for the first time. We continue to do this on special occasions in the wider community. That’s an important way to introduce people to products, which they may never have tried before. Now, many people have vacationed in the Caribbean, so these foods, such as sugar cane, guava and passion fruit are better known, and they know they can get these foods here from Fruiticana.”
No Franchise stores here
“All stores are company stores which ensures better brand consistency between them. Every store will have similar items, a similar look, and I have a lot more control. The store in Kamloops, will be the same store in terms of product and delivery of service as at Scott Road and 80th Ave in Surrey. I want to make sure the customer is happy so I will personally take a phone call if somebody has a complaint. I’ll put everybody else on hold and take the complaint first. Then I follow up on that complaint. Franchise stores are more difficult because the phone call will go to the store and can die there. With corporate stores, the phone call goes to the store and the manager, and if the manager can’t satisfy the customer, they will give my number for the customer to call me directly. So it offers a lot of control over the store so I can get the right product and keep the customer happy.” 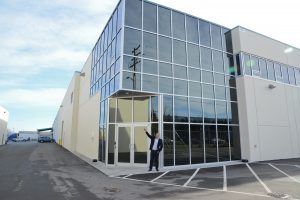 “We get fresh product to every store every morning and afternoon. That’s the reason why I’m in the middle of Surrey instead of Campbell Heights where land is cheaper. I’ve just built a 112 thousand square foot distribution centre and head office in Newton, so I can be minutes away from the majority of the stores.”
“We will continue expanding the operation with a focus on Alberta, where we have four stores, three in Calgary. The next one is scheduled to open next month and will be our second in Edmonton. Then we will be heading down to Winnipeg. Right now we supply some other stores in Winnipeg, but I think the time has come to open another Fruiticana in Winnipeg as well.”