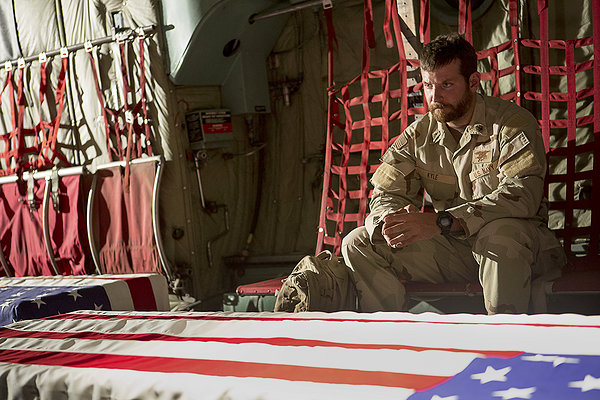 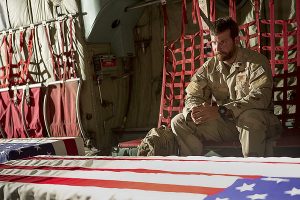 Keep your eye on the prize. Words to live by in an ever changing world confront a special soldier in American Sniper. Life is on the line constantly in this gritty Warner Brothers drama exploding at Cineplex Odeon theatres around B.C.
Based on a true story American Sniper explores the heroic life of Chris Kyle. Handsome Bradley Cooper (American Hustle) beards up to play the good old boy from the south who wears his patriotism on his sleeve.
Telling Stories are what actor turned director Clint Eastwood (Play Misty For Me) likes delving into. First a look at Kyle’s childhood effectively plants the seeds for discipline and an unwavering support for the homeland. All it takes is a single terrorist act to embolden Kyle to enlist in the army. The rest, as they say, is history.
Once overseas after some grunt training the newly minted navy seal quickly adapts to his new surroundings in Arabia. Hostile forces are everywhere and the rookie’s eye on the prize (I.e. militant terrorists) comes in handy on more than one occasion. So good is this man with a gun scope with an uncanny ability to smoke out (and snuff out) the enemy that soon his actions become legendary.
Despite all the victories from afar in the battlefield you can’t help but know the emotional toll this day in/day our grind has on the man’s psyche. Left alone at home wife Taya further questions her mans need to return to the war. Convincing as hell is the work of Sienna Miller as a woman at her wits end.
Both Eastwood and Cooper to a super job portraying the emotional strain and scars the war takes on this sharpshooter par par excellence. Well choreographed and expertly staged close encounters in neighbourhood fighting turn American Sniper into a convincing look at a complicated man in a seemingly never ending war.