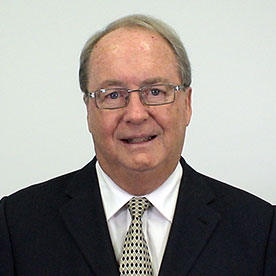 Brenda Locke has a high level of proven experience and a solid track record. She’s lived in Surrey for 38 years and raised her children here. She has volunteered in many capacities including with the Surrey Urban Mission as Vice Chair. Locke also represented Surrey as MLA and as a Cabinet Minister.

Doug McCallum said: “It’s not very often you find someone with Brenda’s experience who cares as much as she does about Surrey and the people in it.”

McCallum said, he was excited to work with Mandeep Nagra. “He has a proven business background and a sharp mind. “Nagra will fit in well with the Safe Surrey Coalition’s approach of getting results instead of more studies. He’s a creative thinker who focuses on effective solutions.”

Brenda has over twenty-five years of experience as an Executive Director where she advanced high profile issues province-wide. Her skills include developing strategic partnerships and building bridges between organizations. Locke has worked for and with various levels of government, plus non-profit agencies as well as businesses.

When asked why she wants to run for council Locke replied: “Surrey is a mosaic of communities, families, diversity, and amazing potential.  Citizens care about one another and they care about their neighbourhoods. We need City Hall to care about those things too, and we certainly want to be safe in our own city.”

“Growth in Surrey has been exponential, uncontrolled, and poorly managed leaving too many people behind, feeling marginalized and ignored.  Community, Sport, Service and Faith groups, who contribute so much to the fabric of our city, are challenged and, sometime even discouraged, from fully participating in the community.”

“Successive Councils have forgotten their role is to protect the public trust, and they have forgotten to listen to all of the residents of Surrey, not just their friends.”

“I want to fix City Hall so that it responds to everyone in Surrey in a fair, open and transparent way – and I have the background and experience from my previous roles as Executive Director and as Cabinet Minister and MLA to achieve that.”

“I strongly believe that Surrey has the potential to be a model community celebrating diversity, initiative, and full of promise. A city that cares about its residents and embraces quality of life for everyone.”

Nagra wants to run for councillor because Surrey is the city where he and his wife are raising his family in. He’s worried about the direction Surrey is taking under the current council and voices his concerns.

Nagra said: “I am not satisfied with the current government policies. I think they have failed to keep this city safe, and violence free.  It worries me how the youngsters are getting involved more and more into drugs and gangs and how our current police structure has failed to keep the kids out of it. I am a strong supporter of community police. Police officers who live here and work here will be better able to understand the issues we face and more motivated to address them.”

“I also want our city to be more connected with Skytrain system rather than slow moving and congestion causing light rail. Congestion on our roads is already bad enough.”

“Doug McCallum and I share the same vision for this city’s transportation, schools and policing and that’s why I chose to run with him and the Safe Surrey Coalition.”

Minister of Education responds to Vancouver School Board budget