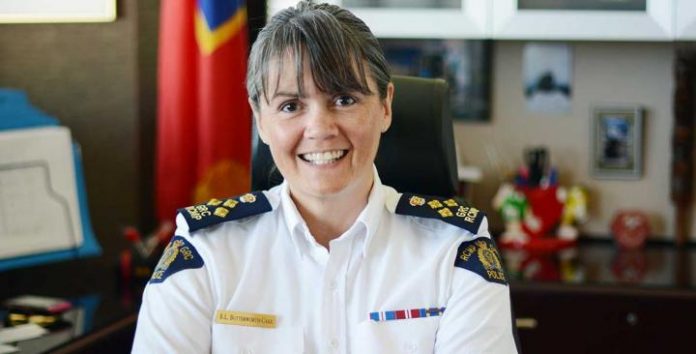 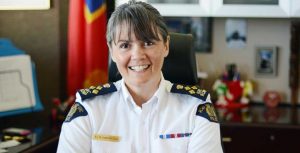 Assistant Commissioner Butterworth-Carr, who is from the Tr’ondek Hwech’in Han Nation in the Yukon, joined the Royal Canadian Mounted Police in 1987 as a Native Special Constable. She has served in the Yukon, National HQ, Saskatchewan, and British Columbia. She has held many key positions such as the Assistant District Commander in “E” Division’s North District, Officer in Charge of Prince George Detachment, and Director General of National Aboriginal Policing and Crime Prevention Services, National Criminal Operations. She served as the Criminal Operations Officer and then the Commanding Officer in Saskatchewan prior to returning to British Columbia in August of 2016 as the Officer in Charge of Criminal Operations Core Policing.

Assistant Commissioner Butterworth-Carr holds a variety of active positions in provincial, federal, and international committees and associations, including as a member of the British Columbia Association of Chiefs of Police, the Chair of the RCMP’s National Women’s Advisory Committee, and a member of the Canadian and International Association of Chiefs of Police. She was invested as a Member of the Order of Merit of the Police Forces for her proactive work throughout Canada.

Assistant Commissioner Butterworth-Carr’s extensive experience in operations, management of critical incidents and crisis negotiation, crime prevention, community and Aboriginal policing and executive leadership will serve her well in leading the RCMP in British Columbia. She is taking on this role supported by Errol, and their adult sons Paul, Kyle and Devon, who are her ultimate inspiration for dedicating and committing herself to continuously learn and grow as a leader.