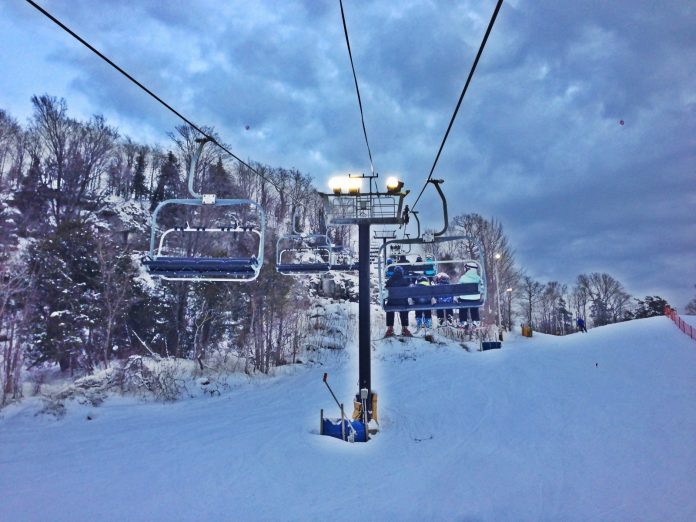 By Liam Casey, THE CANADIAN PRESS

Toronto: A seven-year-old boy is being called a hero after he held onto a classmate dangling from a ski lift at a hill north of Toronto until rescue workers arrived with a net below.

Durham Regional Police Sgt. Bill Calder said the boy’s classmate lost a ski while on a chairlift at Lakeridge Ski Resort in Uxbridge, Ont., around noon Thursday and the boy slipped off the chair when he turned around to look for it.

One of the boy’s friends on the lift grabbed him and held on, but couldn’t lift him back up, Calder said.

The boy’s actions gave ski resort staff enough time _ about two minutes _ to respond with a safety net below.

“For a seven year old to have that type of maturity and willpower, that is something that goes beyond the expectation for any kid _ it’s basically heroic,” Calder said.

The boy then dropped about 10 metres to four ski resort staff members who had rushed out after noticing the problems, said John Tustian, the director of outside operations at Lakeridge.

Tustian said three operators in the loading zone noticed the boy dangling, stopped the lift, grabbed the net, which is a round tarp, and sprinted up the hill.

A nearby ski patroller, who also happens to be a paramedic, joined them in the rush to get to the boy.

When the four arrived, the boy dropped, bounced off the tarp and onto the hill.

“The boy was pretty upset, he was crying and in pain,” Tustian said.

“But more staff were there within seconds, helped stabilize the boy” and then called paramedics, he said.

Police said the boy was taken to the Hospital for Sick Children in Toronto, but is in stable condition and is expected to fully recover.

He added the force will be recommending both the boy and the ski staff for citizen awards.