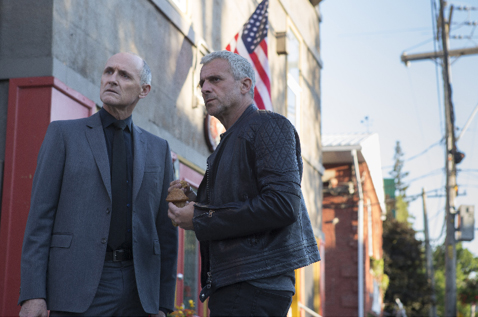 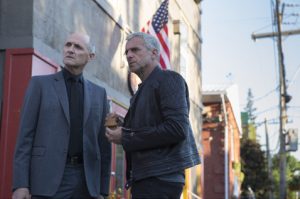 From out of nowhere a few years back a Canadian cop buddy movie called Bon Cop Bad Cop entered what had always been a traditional bastion of  Hollywood. Against all odds, the film was a success not only in Canada but also in the U.S. Back for more mayhem in this entertainment One release are that original dynamic duo for Bon Cop Bad Cop. And the good news is that the results aren’t that bad. Check out a unique slice of Canadiana at Cineplex cinemas across B.C.

Baggage comes in all shapes and sizes. And here we’re not talking about disgraced United or American Airlines. Two aging police make very strange bedfellows when trying to out out if business a car fencing operation. Suffice it to say that the antics of The Fast and Furious crowd have nothing on the friendship of Martin Ward and Dave Bouchard. Often at odds and with family problems of their own Colm Feore and Patrick Houard work well off of one another.

Nothing is quite as it appears in this story. So, when a simple car theft ring turns out to be anything but all bets are off as our Canadian lawmen face off against some heavy-handed criminals and aloof officials in this free-spirited lark.

Call it a black comedy of sorts. Director Alain Desrochers succeeds in building up some interesting characters and layers them  well with issues that cloud both their determined minds and set ways. Include a certain twist that ups the ante considerably and we are witnessing an odd but fun little cop/buddy movie.