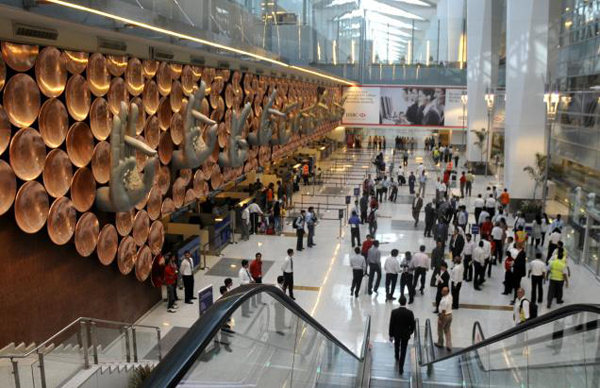 New Delhi, March 17 (IANS) A bomb threat call led to panic on one domestic and another international flight at the Indira Gandhi International (IGI) airport here on Thursday morning as passengers were hurriedly deplaned. Though the bomb threat was later found to be a hoax, one flight was delayed while the other was cancelled.

Police said a call was received at the Gurgaon-based centre of Delhi International Airport Limited (DIAL) at 10.04 a.m. that claimed bombs had been placed on the Kathmandu-bound Royal Nepal Airlines flight RA 206 and the Bhubaneswar-bound Air India flight AI 075.

“Immediately after the information was received, a decision was taken to ground the flights and the passengers were deplaned. The bomb squad was sent to the spot and searches were conducted in both the flights,” Deputy Commissioner of Police (IGI) D.K. Gupta told IANS.

All passengers onboard the two aircraft were evacuated and were safe, he said, adding that both planes were taken to an isolated area for security checks.

“After a through check, nothing was found and the call was declared a hoax,” the officer said.

The police officer said the Air India flight took off at 5.37 p.m. while the Nepal flight was cancelled.

He said the man who made the hoax call to the Gurgaon DIAL centre called himself “Abhishek Singh from the Central Bureau of Investigation (CBI)”.

“The caller gave his number as 9192324256 which we found does not exist. The Special Cell deputy commissioner of police has been informed,” the officer said.

With Lalu backing, Nitish will lead charge in Bihar