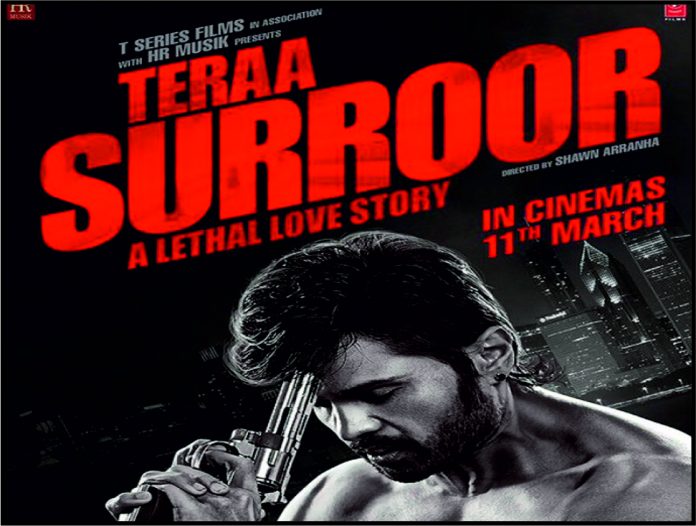 Singer, composer, lyricist, producer, distributor & TV host HIMESH RESHAMIYA is a man of many talents until he decided to try his luck in acting and his maiden venture AAP KA SAROOR (2007), though critically panned by all, became a surprise hit and launched his acting career, which till today has given disasters like KARZZ (2008), RADIO (2009), KAJRA RE (2010), DAMADAMM (2011), KHILADI 786 (2012), A NEW LOVE ISHTORY ( 2013) & The Xpose (2014) but Himesh still has hopes and this week he’s back with yet another attempt to conquer the hearts of all with his TERA SUROOR ( 2016)! Now HIMESH RESHAMIYA is certainly not the first or last singer to try his luck as an actor so let’s go back and check out who else tried to be a singing superstar in BOLLYWOOD!

Before playback singing was introduced in films, the actors used to sing their own songs and it was but natural that some good looking singers were 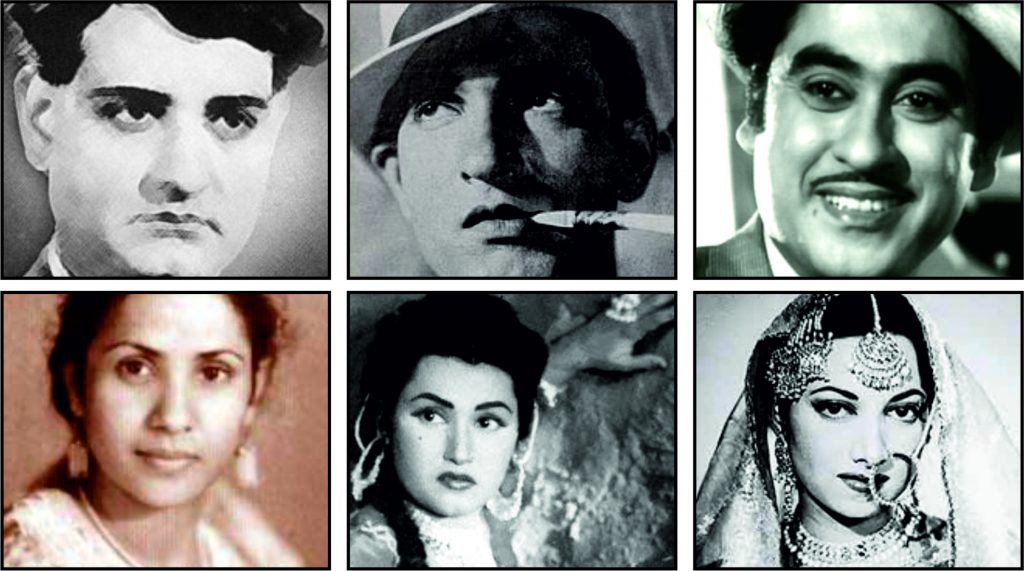 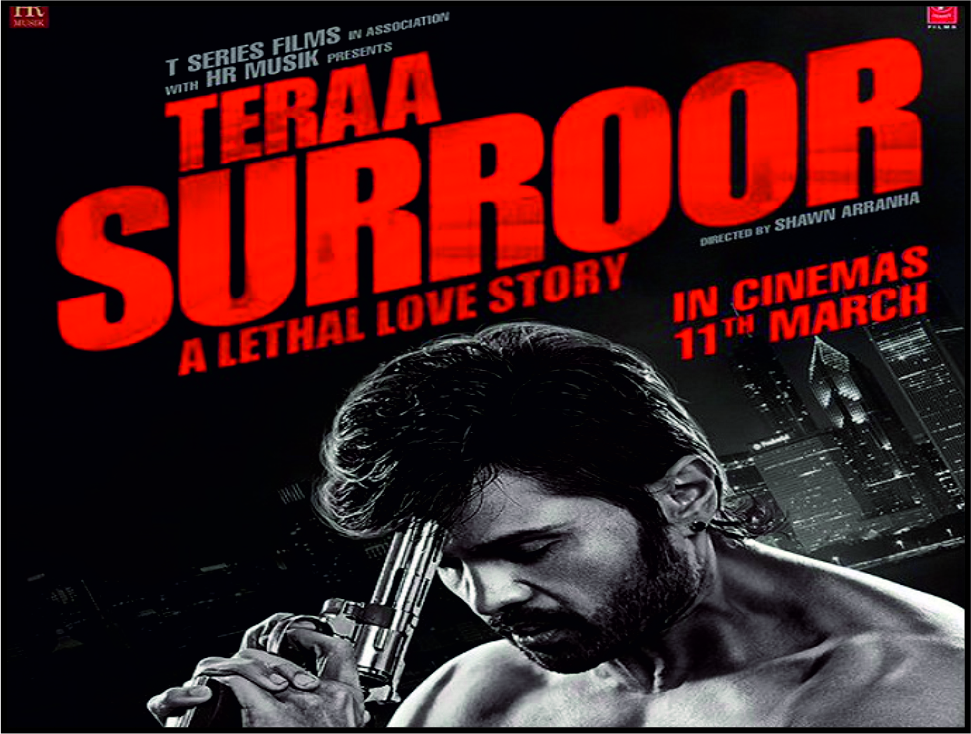 like Suraiya, Mala Sinha, Nutan, Madhu Bala & Shyama in films like RAJ LAXMI (1946), DIL-E-NADAN, AARAM, WARIS & Sone Ki Chidiya amongst others, he too decided to concentrate in singing instead. Years after, the acting bug caught some of the popular singers of 90’s & 2000’s as well but they too met with disastrous results. SONU NIGAM, perhaps one of the most accomplished good looking singer in recent times, was riding high after winning accolades through various hits in 90’s & 2000’s and tried his luck with JAANI DUSHMAN, KAASH AAP HAMARE HOTE & LOVE IN NEPAL but the films were rejected outright and everyone in unison advised him to stick to singing instead. KUMAR SHANU, who started his singing career by imitating Kishore Kumar voice, soon became the most successful singer after the grand success of AASHIQUI and pegged by many, tried his luck as an actor and lost both career. Singer UDIT NARAYAN’s son ADITYA NARAYAN, who started his career singing and acting as a child in films like Jab Pyar Kisi Se Hota Hai, Pardes & Akele Hum Akele Tum, tried his luck in horror film SHAAPIT (2014) and soon realised his future in singing instead. SUKHWINDER, SHAAN, MIKA SINGH & BABA SEHGAL have also tried their luck in Bollywood and learnt their lessons quickly enough but full marks to HIMESH RESHAMIYA, who in spite of many colossal flops, is trying yet again with TERA SUROOR (2016) this Friday and the success or flop would decide the fate of many more singers who want to be actors in growing Bollywood! 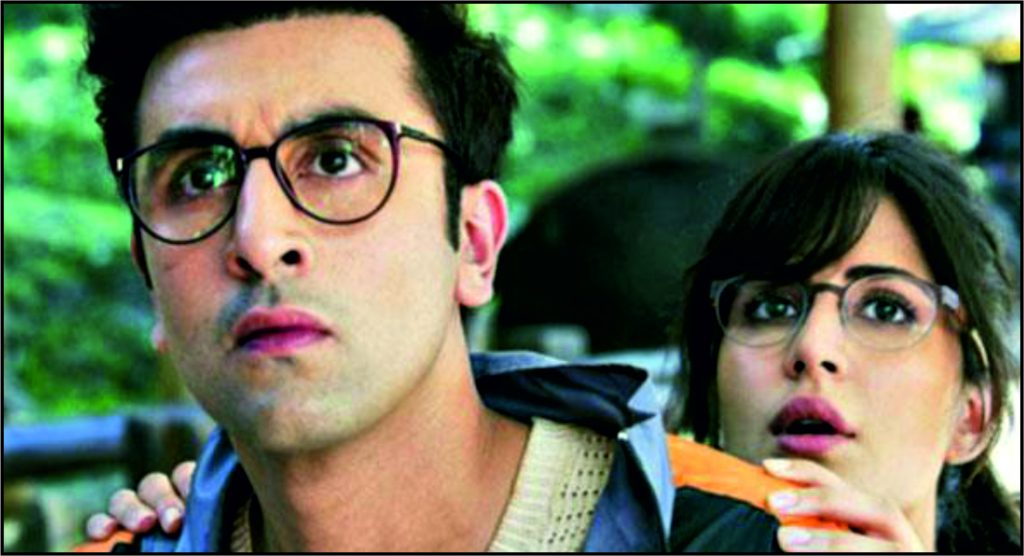 All seemed to be lost when Bollywood’s most romantic pairing of Ranbir Kapoor and Katrina Kaif had a major show down and both decided to part away and put on hold the future of much delayed JAGGA JASOOS. Anurag Basu & Ranbir Kapoor’s presentation of JAGGA JASOOS was launched with much funfare in 2014 and with the much in love pairing of Ranbir Kapoor & Katrina Kaif, after the super success of their pairing in Ajab Prem Ki Ghazab Kahani & RAAJNEETI, the film was supposed to be a sure hit when released, however, things started going wrong from the very beginning. The continuous bickering between Ranbir & Katrina during the shoot in South Africa, didn’t go well with Anurag Basu and prompted reshoot of several scenes and then Govinda, who’s supposedly Ranbir’s father in the film, threatened to quit the film and all this delayed the release from 2014 to 2015 and finally July 2016. The debacle of Anurag Kashyap’s BOMBAY VELVET and mediocre response to ROY & TAMASHA didn’t help either and the final nail in the coffin was when Katrina suspected Ranbir of getting closer to ex-flame Deepika Padukone during the promotion of TAMASHA and the Tamasha that ensued resulted in the break up. Director Anurag Basu was still hopeful of salvaging the film but then Katrina Kaif opted to shoot for BAAR BAAR DEKHO with Siddharth Malhotra and left for Thailand instead of completing JAGGA JASOOS. It’s then that common friends Ayan Mukherji & Karan Johar stepped in and better sense prevailed and though Ranbir & Katrina are nowhere near reconciliation, at least they’ve resumed the shoot and now it’s to be seen how captain Anurag Basu controls them to finish this much jinxed musical (It’s said that Ranbir Kapoor will sing his dialogues to Pritam’s music) and release it in August 2016!

BOLLYWOOD is keeping their fingers crossed as the nation is singing the glories of their cricketers and its Cricket & Cricket on everyones mind till the first week of April. 2016 hasn’t been very kind to Bollywood so far as Akshay Kumar’s AIRLIFT & Sonam Kapoor’s NEERJA are the only two genuine hits so far and many prominent films like Abhishek Kapoor’s FITOOR, Divya Khosla Kumar’s SANAM RE, Hansal Mehta’s ALIGARH, MASTIZAADE & SANAM TERI KASAM failed to deliver and now comes the World Cup. With Mahendra Singh Dhoni, Virat Kohli, Rohit Sharma & Yuvraj Singh leading India, there’s hardly anyone who would think of Salman, Shahrukh, Aamir Khan or even Amitabh Bachchan for the next few days and that probably explains why no big film with big stars is slated to release soon. Shahrukh Khan’s FAN will release towards the end of April but till then all fans would be glued to their TV sets to watch their cricket heroes and I’m sure you’ll see many Bollywood stars at many prominent cricket venues as well!

PRIYANKA CHOPRA’S JAI GANGAAJAL IS AVERAGE AT THE BOX OFFICE!

With Priyanka Chopra busy in Hollywood, the collections of JAI GANGAAJAL were sure going to get hit and Prakash Jha’s worries turned to reality as the film managed to cross Rs.25 Crores in the first week, however, all is not lost as the film has recovered its investment and may end up with some profit after all. All eyes are on this week’s release of TERAA SUROOR, another acting attempt of singer-composer HIMESH RESHAMIYA, which also stars newcomer FARAH KARIMAEE, SHEKHAR KAPOOR, KABIR BEDI & NASEERUDDIN SHAH. 1982-A LOVE MARRIAGE, DARLING DON’T CHEAT, MURARI THE MAD GENTLEMAN and Punjabi films LOVE PUNJAB & ARDAAS are also releasing this week. Singer Akriti Kakkar has married director Chirag Arora and comedian Rahman Khan has been arrested on rape charges in Mumbai and with that, it’s time to say good bye but not before reminding you all to watch the part 2 of poet-lyricist NIDA FAZLI’s YAADEIN on Sunday, March 13nth @ 1 PM on SMC#116.