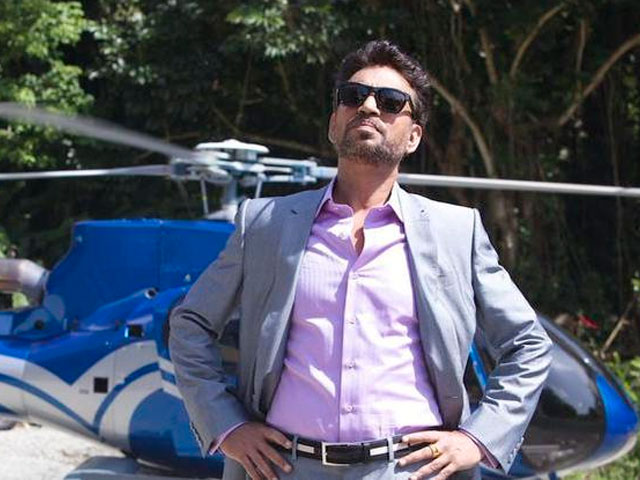 Songs and dances are an integral part of Bollywood films and there’s hardly any film without it. Ever since talkies were introduced in 1931, most of the films had songs & dances and a film called INDRA SABHA had 69 songs and most of them had dances, however, the first dance film was RAJ NARTAKI (1941) with Sadhna Bose & Prithviraj Kapoor in lead roles and it was very well appreciated. While CUCKOO, HELEN, LAXMI CHHAYA, MADHU MATI, KUM KUM, VIJYANTI  MALA, PADMINI, RAGINI & WAHEEDA REHMAN  were some of the prominent dancing actresses, SHAMMI KAPOOR, MITTHUN CHARABORTY, GOVINDA, HRITHIK ROSHAN & SHAHID KAPOOR lead amongst the guys in Bollywood and need- less to say that most newcomers in Bollywood are trained dancers. Many Bollywood films had dance as the main theme and many of those like GUIDE, AMRAPALI, NARTAKI, PAKEEZA & CHITRALEKHA revolved around beautiful dances and the list could go on. This week choreographer REMO FERNANDEZ & PRABHU DEVA’s ABCD 2, the sequel to very successful ABCD… Any Body Can Dance is releasing with Varun Dhawan, Shraddha Kapoor & Lauren Gotlieb, and if reports are to be believed then Bollywood will have another huge hit as the film is quite popular amongst the youngsters. Bollywood has always been very kind to dance films and dancing actresses like Vijyanti Mala, Waheeda Rehman, Hema Malini, Sri Devi &  Jaya Prada used to have dances in their film and their success propelled them to stardom, however, their number was significantly low and as ABCD 2 releases this week, here’s a list of some of the famous dance films…

# 1… V.Shantaram’s JHANAK JHANAK PAYAL BAAJE (1957)… Acclaimed as the finest dance film of India, the film’s lead actors were classically trained dancer SANDHYA and  choreographer & dancer GOPI KRISHAN, and the film went on smash all records and represented India in the foreign film category at 1955 Academy awards.

# 3… V.Shantaram’s NAVRANG (1959)… The film is about the love affair of a court singer and his dancing wife and Sandhya’s dances are still remembered today!

# 4… V.Shantaram’s PINJAR (1972)… Made in Marathi & Hindhi, the film is about the doomed love affair of a teacher and a Tamasha dancer and the film won many awards!

# 8… B.Subhash’s DANCE DANCE (1987)… Once again Mithun Chakraborty danced his way to everyone’s heart and with Mandakini & Smita Patil to company, the film made enough money at the Box Office!

# 9… DANCER (1991)… Akshay Kumar was slowly gaining ground and DANCER provided him the opportunity to dance!

# 12, Ram Gopal Varma’s NAACH (2004)… The film starred non-dancers Abhishek Bachchan & Antara Mali as choreographers but other than dances, it was a disaster!

# 15… Remo Fernandez’s ABCD… Any Body Can Dance (2013)… showcased the young Mumbai dancers and tasted success at the box-office!

Move over AAMIR, SHAHRUKH & SALMAN KHAN as IRFAN KHAN became India’s first ever artist to have the biggest opening weekend as Steven Spielberg’s latest dinaousar instalment JURASSIC WORLD made US $ 211 Million and could become the fastest movie ever to cross US $ 1 BILLION . The star of THE LUNCH BOX , BHAAG MILKHA BHAAG & PAAN SINGH TOMAR,is obviously delighted as he did what most people dream of and certainly we’ll hear a lot more of IRFAN KHAN in Hollywood films in the near future. Congratulations IRFAN!

The whole nation was celebrating as India beat their traditional rival Pakistan at Adelaide, Australia during the last World Cup Cricket and the Bachchans also joined thousands as they poured out on the streets of Mumbai and the rest of India to celebrate but how dare the Bachchans drape the national flag around their body which everyone else did very proudly but the rest are commoners and it doesn’t apply on the Bachchans , so someone has filed a court case in Ghaziabad , Uttar Pradesh against AMITABH & ABHISHEIK BACHCHAN for insulting the national flag by draping it around their bodies while celebrating. Well , this gentleman sure will have his movement of glory for this court case but he’s also become the butt of jokes around the world for this misadventure !!!

When it comes to washing dirty linen , no one should question MAHESH BHATT of VISHESH FILMS and as his latest film was roasted by critics , furious Mahesh questioned the critics and insisted that HAMARI ADHURI KAHANI is better made than his acclaimed ARTH and the story is closest to his heart. Well , whatever he may say , the fact remains that the BHATTS were expecting a lot from this film and as the collections dipped and fell way below expectations, he’s nothing but blaming the critics for being nasty in their comments and affecting the box-office revenues as the film barely managed Rs. 26 Crores in the opening week ! Meanwhile , all eyes are on the sequel of ABCD .. Any Body Can DANCE , as VARUN DHAWAN , SHRADDHA KAPOOR , PRABHU DEVA & LAUREN GOTLIEB promoted ABCD 2 everywhere and if reports are to be believed , then this 3D Dance Film, which has been shot in USA lavishly , could beat the collections of the prequel and emerge as the biggest Indian dance film ever !

Trailer of BAJRANGI BHAIJAAN is out and it crossed million hits right away and surely , this EID release is eagerly awaited all over but box-office collections will surely be hit as the holy month of RAMADAN starts and on that note , ASIAN JOURNAL wishes the entire Muslim readership a very HAPPY RAMADAN as the tickets of ANUPAM KHER-NEENA GUPTA’s acclaimed play MERA WOF MATLAB NAHIN THA …. are already OUT at KAMAL’S VIDEO PALACE & SHAAZ VIDEO, BURNABY and for more information or sponsorship enqueries , KAMAL SHARMA can be reached at (604)592-9777 or (604)833-1977. Tickets for REMEMBERING MUKESH by NITIN MUKESH at $ 35,45,55,65 & VIP are selling out fast at www.vtixonline.com and with that , it’s time to say good bye but not before reminding you all to watch this week’s YAADEIN on music director MADAN MOHAN KOHLI on Sunday , June 21st @ 1 PM on SMC # 116 as we all celebrate HAPPY FATHER’S DAY , NATIONAL ABORIGINAL DAY & INTERNATIONAL YOGA DAY a day before the official start of SUMMER !

10 Habits of a relentless action taker – By Eamonn Percy

How to use lean thinking to grow sales, improve profit!