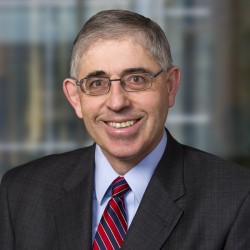 Ottawa: Rising home prices have increased household debt levels, but steps taken by regulators to tighten mortgage lending rules have helped manage the associated risks, according to the Bank of Canada.

In a speech in Kingston, Ont., deputy governor Lawrence Schembri said Tuesday that the strength in the housing market has increased household imbalances.

However, the risks stemming from these vulnerabilities have been well managed, he added.

The government has moved several times in recent years to tighten mortgage lending rules, including reducing the maximum amortization period for insured mortgages as well as making changes to the qualifying rules.

“Recent evidence suggests that these measures have resulted in higher average credit scores, which have improved the quality of mortgage borrowing,” Schembri told the Canadian Association for Business Economics.

Home prices have been rising relative to income in Canada and other comparable countries for about 20 years.

The increase has been driven by demographic forces as well as lower interest rates and changes in mortgage financing.

As well, constraints on supply, especially in urban areas, have played a role.

“In Vancouver, bounded on three sides by water with coastal mountains as a backdrop, condo development has dominated housing starts since the early 1990s,” Schembri said.

“We are now seeing a similar shift to condos in Montreal and Toronto.”