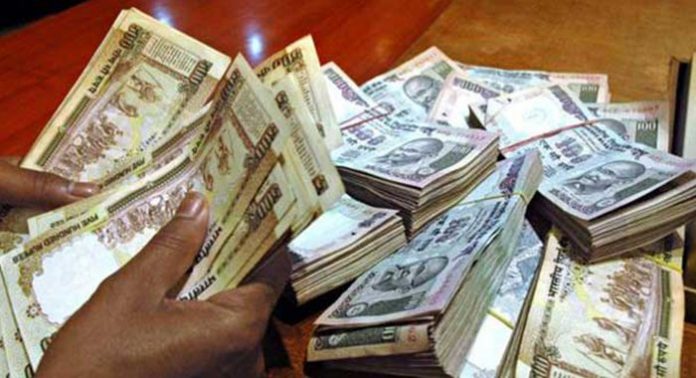 New Delhi, Oct 5 (IANS) The total worth of declaration of assets made under the black money compliance window is Rs.4,417 crore by 638 declarants, the government announced on Monday.

An official statement following the closure of the compliance window at September’s end said assets worth Rs.3,770 crore ($580 million) declared under the Black Money (Undisclosed Foreign Income and Assets) and Imposition of Tax Act, 2015, were subject to a final reconciliation.

Revenue Secretary Hasmukh Adhia told reporters here that the final quantum of declarations showed some change, though the number of declarants remained the same.

“Some envelopes (declarations), that came from various places, reached us after the last date and the total amount shows some difference at Rs.4,147 crore, although the number of declarants remains the same,” Adhia said at a press conference along with other secretaries of the finance ministry and chief economic advisor Arvind Subramanian.

The law provides for a compliance window for declaring and paying penalty. Failure to meet the compliance timeline will attract an additional penalty of 90 percent for a total tax liability of 120 percent on the quantum of black money stashed abroad.

September 30 was the last date under the amnesty scheme, that called for a tax of 30 percent and an equal amount in penalty, that is to be paid before December 31.

The black money act, for the first time, allows levy of tax in India on assets kept abroad.

The Income Tax department has filed 132 prosecutions against 42 cases whose names have appeared in the HSBC Geneva bank list, Adhia said.

This move followed the Supreme Court last year giving a list of 628 entities in the HSBC Geneva branch, furnished to it in a sealed envelope by the government, to the Special Investigation Team (SIT) constituted in May last year.

The revenue secretary said the tax department is now more actively pursuing penalties and prosecutions with better access to information allowed by treaties like FATCA with the US and the taxation agreements India has with 96 countries.

“Our request for (tax) information from other countries has doubled over the last fiscal. 1,600 requests went out in 2014-15, as compared to 800 the year before,” Adhia said.

At the G20 nations Brisbane summit last November, leaders endorsed a new global transparency standard by which more than 90 jurisdictions will begin automatic exchange of tax information, using a common reporting standard by 2017-18.

“A common reporting standard multilateral agreement is being discussed. Some countries, including India, have already agreed on its early adoption from 2017,” Adhia said.

BJP-PDP to form Kashmir government, Mufti to be CM March 1