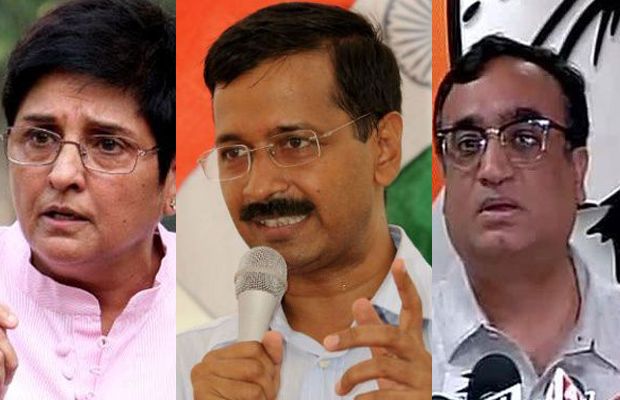 The BJP had named 62 candidates Monday night and had also declared that former Indian Police Service officer Kiran Bedi, who joined the BJP less than a week ago, will be the party’s chief ministerial candidate to take on her former anti-corruption stir colleague Arvind Kejriwal of the Aam Aadmi Party (AAP).

The party left out Shyam Sharma from the Hari Nagar seat and instead chose Avtar Singh Hit.

All the three candidates – Sirsa, Kalka and Shunty – had fought the 2013 polls from the same constituencies and won. Sharma, however, had lost from Hari Nagar.

Of the four candidates, Sirsa will contest on the Akali Dal’s weighing scale symbol, while the other three candidates will fight on the BJP’s lotus symbol.

Meanwhile, protests began almost immediately after the party’s first list came out Monday night, as some vandals cut out the faces of Bedi and Delhi BJP president Satish Upadhyay from a hoarding put up outside the BJP office at 14, Pandit Pant Marg.

The protests continued Tuesday as supporters of some BJP leaders, including Upadhyay, protested at the party headquarters.

Delhi goes to polls Feb 7 and the results will be declared Feb 10.