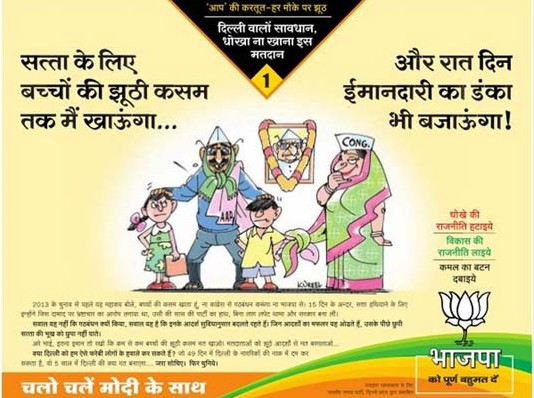 New Delhi: Arvind Kejriwal, the chief of the Aam Aadmi Party, tweeted that the BJP should apologise for “killing Anna” in a campaign ad.

The BJP ad mocks Kejriwal for taking the support of the Congress to form government after the last election in December, 2013, and seems to imply that the AAP chief went against the principles of his former mentor Anna Hazare, using a garlanded portrait of the Gandhian.

“Nathuram Godse killed Gandhiji on this day in 1948. BJP has killed Anna in its ad today. Shudn’t BJP apologise?” Arvind Kejriwal said in a tweet.